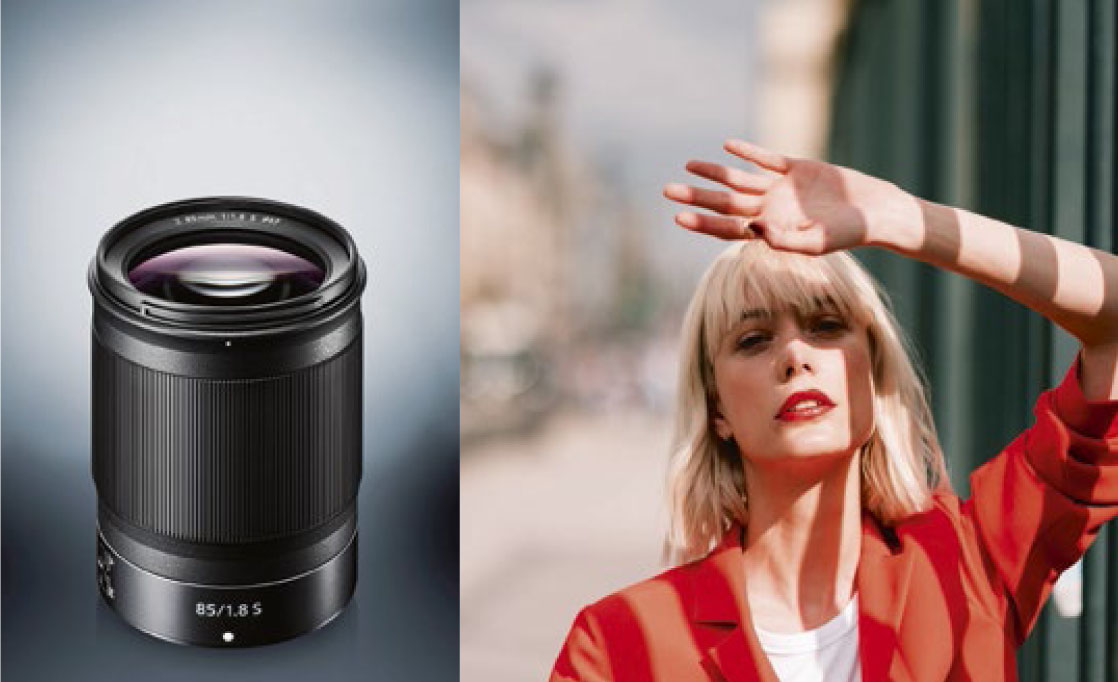 The f1.4 and f1.2 versions of the 85mm are usually quite large and bulky, not the ideal lens for a traveller.

On the other hand, at maximum aperture they produce a surprisingly shallow depth-of-field which is simply awesome for portraiture.

Usually much smaller and lighter is the f1.8 version of the 85mm and this half a stop or so difference saves you money without sacrificing too much bokeh.

Nikon has released an 85mm lens for its full-frame mirrorless Z series, the Nikkor Z 85mm f1.8 S. And Nikon waxes lyrically about the image quality produced – as you’d expect!

“The beauty of the natural bokeh is best seen with portrait photography. The gentle, rounded bokeh generated when point light sources are blurred exhibits very little colour fringing and remains pleasing all the way to the edges of the frame, enabling a dreamy ambience.”

The 85mm employs a new multi-focusing system that reduces aberrations, even when shooting at close distances.

And it has kept the cinematographers amongst us in mind by including a control ring with the option of changing some of the camera’s settings, either from the control ring itself or through a dedicated focus mode switch.

Elimination of unwanted noise during filming is credited to the customisable control ring, an AF mechanism with a quiet stepping motor (STM) and the diaphragm mechanism.

Ghosting and flare caused by stray light, or even when a strong light source is included in the frame, have been reduced with Nano Crystal Coat, Nikon’s anti-reflection coating technology.

And when shooting in low light, the addition of two ED glass elements provides effective compensation for axial chromatic aberration.