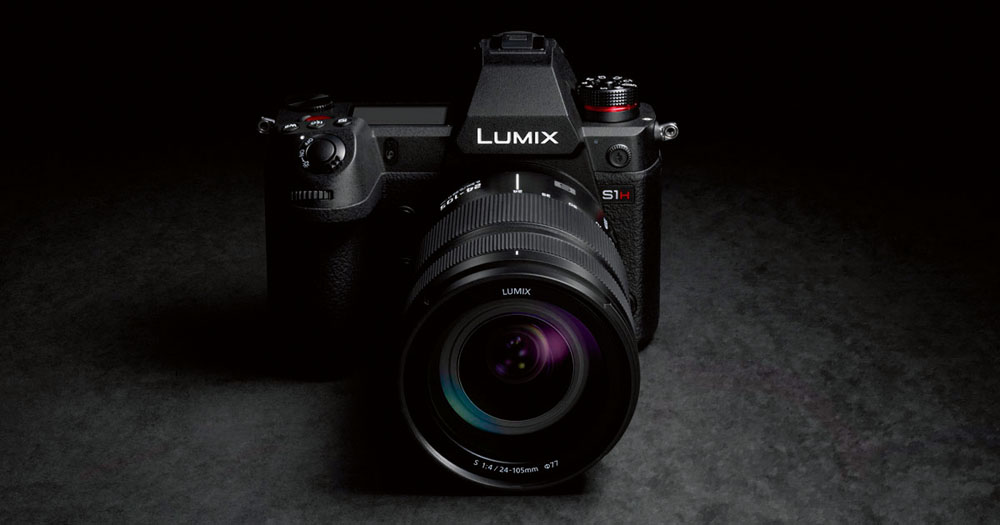 PANASONIC HAS JUST announced an addition to its Lumix S series of cameras, the S1H. The S1 and S1R made a big splash and are no slouches when it comes to video performance, but many pundits wondered how long it would be before Panasonic brought out an ‘H’ derivative, just as it has done for the Lumix G-series.

Panasonic has been a favourite of location video producers due to the Lumix camera’s small size and weight. The new S1H with its fullframe sensor will be larger and heavier than the G-Series cameras, but no doubt there will be plenty of interest from existing Lumix users. By maximising the use of the pixels in the full-frame image sensor, the Lumix S1H will accommodate a variety of recording formats, including 4:3 Anamorphic mode, to meet professional needs. Shooting in 6K enables higher quality 4K output and the ability to crop, pan or further stabilise in post-production while maintaining 4K resolution.

The new camera will also offer V-Log/V-Gamut with a wide dynamic range of 14+ stops, in line with the dynamic range of the Panasonic Cinema VariCam. This means detail is retained in shadows and highlights while subtle gradation areas, such as skin tones, are faithfully reproduced. Designed with consistent colour management in mind, the S1H’s recorded footage is compatible with V-Log footage recorded by VariCam or V-Log L footage recorded by the Lumix GH5/ GH5S, enabling an easier post-production workflow.

Panasonic says it has also focused on heat management to deliver non-stop video in every recording mode. This makes the S1H capable of shooting all types of long form video, including documentaries, interviews and events.