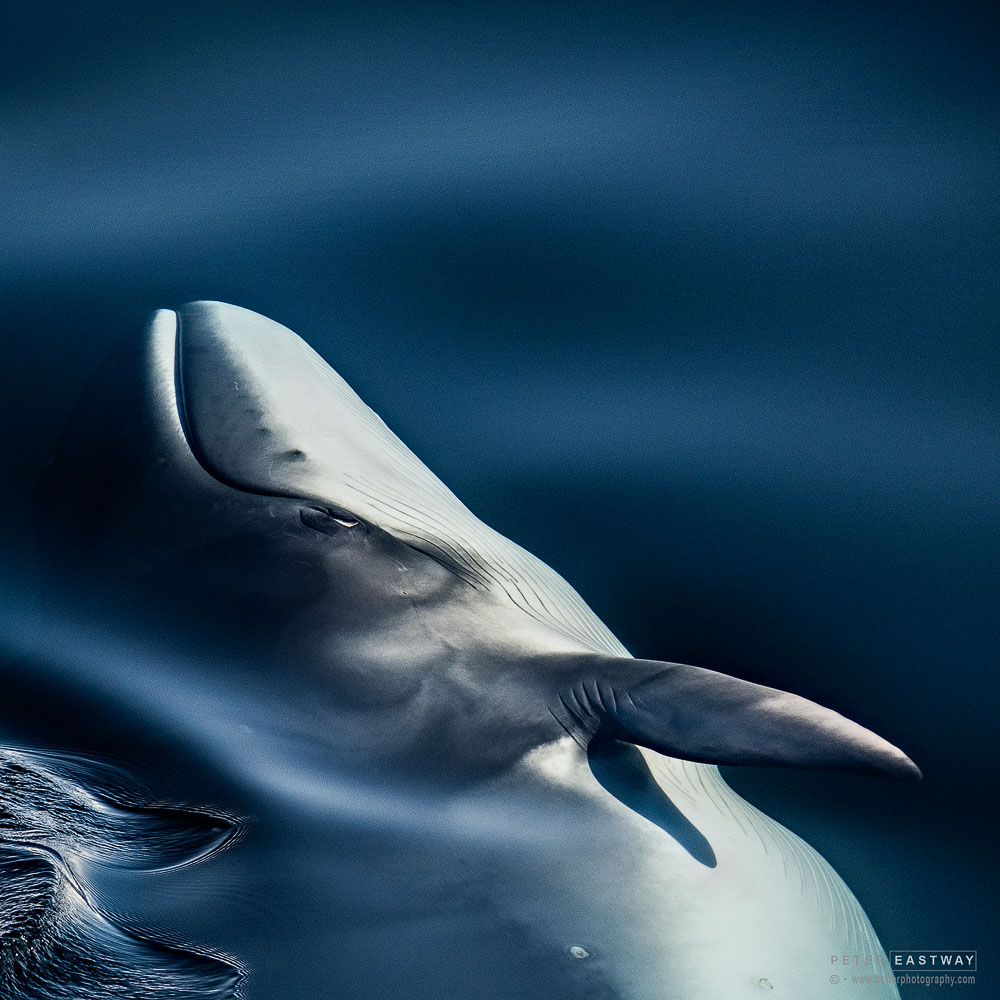 Anne had been writing up the Penguin Post (a daily newsletter for our ship, Aurora Expedition's Greg Mortimer). We were standing on the outside deck, along with all the other passengers, watching in awe as a Minke whale circle around. We named the whale, Mike. And yes, our whale experts confirmed he was a he and not a she, not that I could necessarily tell. And Mike had been with us for several hours.

"I've just been writing how reclusive and shy Minke whales are", Anne confided. "I think I'd better re-write that!"

When you're out in nature, faced by nature, I find it difficult to separate the camera from the experience. Some people like to put the camera down and just savour the moment, but I find I've conditioned myself to feel like I'm missing out when I do that. I'm trying to maximise every opportunity for the camera - and this was a special opportunity. When you see the expedition crew running around with huge smiles on their faces, you know you're experiencing something that doesn't happen every day.

At the risk of irking David Oliver once again, I confess I shot lots of photos. Hundreds, in fact. And yes, I certainly have more photos than I need - but there was no way I was going to stop and check if I had a good shot while Mike was dipping under an iceberg or breaking the surface with a blow. I kept shooting. As I write this, I can still feel the energy and the adrenalin.

However, it was probably three or four days later before I found this photo. I'd been seeing the photos other photographers had taken and I was keeping my fingers crossed that some where in raw fiels, I'd find an image that was worthy of further exploration. This one I particularly like. The little wave in the bottom left corner is from Mike as he turned abruptly under the water. In earlier frames, he swims along the side of the ship, his eye checking us all out and then, with a wonderful flourish, he dips a fin and disappears into the depths. This photo is the last frame before he dives for deeper, darker waters.

But he would be back. Several times. Many times. We had lots of opportunities and the weather conditions for photographing whales was simply perfect - glassy water, full sunlight. Many of us jumped into zodiacs to get a different perspective. While we're not allowed to approach Mike, Mike had no trouble approaching us, lifting his head just next to the zodiac before diving underneath. I always kept my fingers crossed he'd keep swimming and not lift his head abruptly, spilling me into icy cold water! However, while the experience was fantastic, the better images were from up higher on the ship where you could see all of Mike.

I'm sure I will post a few more Mike photos. It was a fun morning in Orne Harbour.