When Tony Tries To Buck Sue Off! 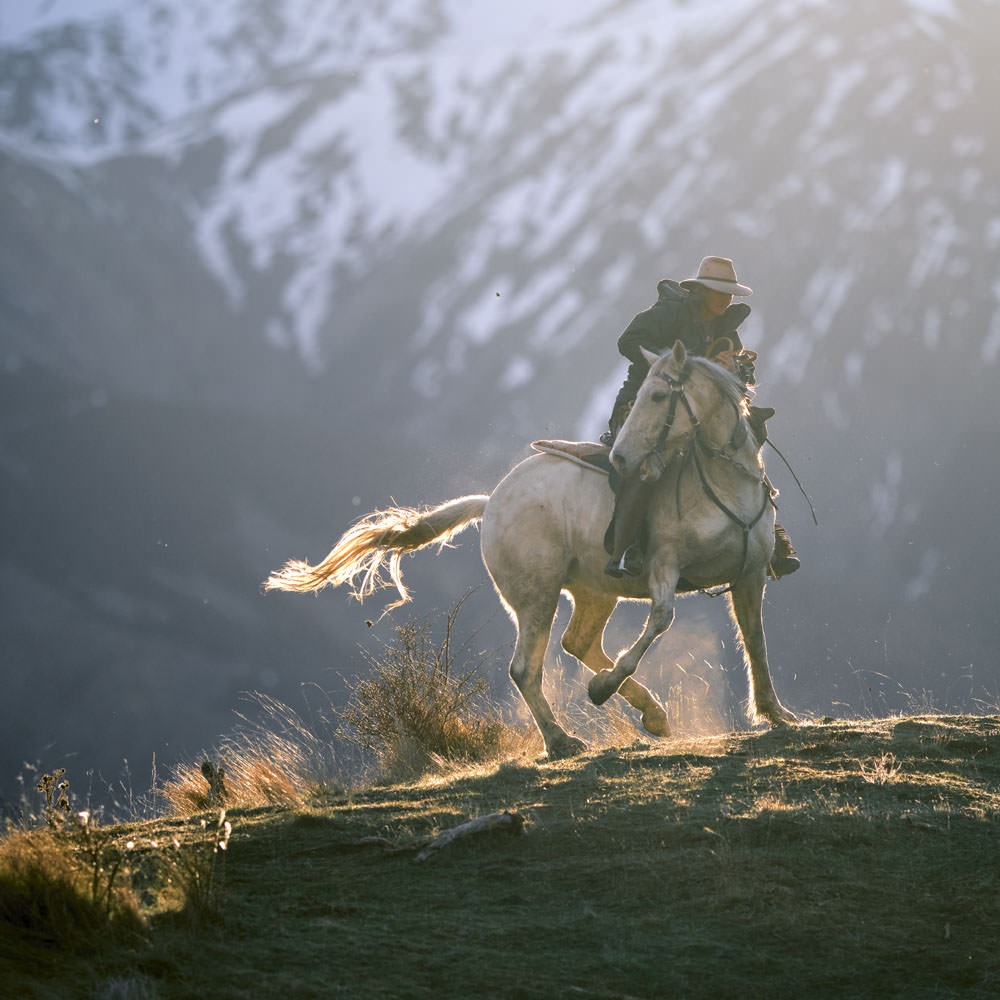 Of course I'm having a laugh! That's because Sue Macdonald's horse at Middlehurst is called Tony, and Tony Hewitt is my partner-in-crime when it comes to running our Middlehurst Photographic Retreat.

As regular readers of this Almost Weekly Newsletter will know, Tony (the photographer) and I have just returned from Middlehurst for 2022. We had 11 photographers (one unfortunately couldn't make it due to NZ restrictions for foot and mouth disease - if it's not Covid, it's something else!) over a couple of one week programs. And boy, did we have some weather. Our first group was stuck for a day because of snow and had to be helicoptered out the next day as the plane's runway was too wet and slips had closed the road down to Blenheim. Very exciting.

And so was Sue's ride on Tony (the horse) in the second week! Husband Willie had just thrown his walking staff over the fence, so he could grab a ewe, so Tony thought this was a good excuse to throw a little tantrum. However, Sue was onto it and she mastered Tony with absolute skill. Okay, so as Willie reviewed the photos, he said Sue should have been looking in the same direction as the horse, to which I say bollocks, because Sue stayed on! That, to me, was very impressive.

And all Sue said was, I'm too old to come off these days!

So, how did I take this photo and the series below?

I was just lucky. Yep, dumb luck! Sue was sitting on Tony as a mob of sheep were being herded along the fence line - and I was taking a backlit portrait of her with her dogs in the foreground (see first photo below). At the same time, Willie threw his walking stick over the fence so he could grab a sheep to show us - and that's the action that spooked Tony (the horse). All I had to do was keep pressing the camera shutter. I would have like to have had it on a fast frame rate, so I could 'hose' the action down, but there was no time to change camera settings. I just kept pressing the shutter as quickly as I could until Sue regained control over Tony (the horse).

I'm shooting with a Fujifilm X-T4 and a 200mm f2.0 lens. I love this lens! It's like a 300mm f2.8 for a full-frame sensor (the X-T4 uses a cropped sensor), so at its maximum aperture the background is thrown out-of-focus - and this in turn isolates Sue and Tony against a softly blurred backdrop of mountains and snow.

If you're lucky enough to be pointing the camera in the right direction when the action starts, it's not that difficult to shoot. Enjoy the photos below!

And if you're interested in Middlehurst next year, you'd better send me an email because it's being filled up quickly even before we finalise the details! 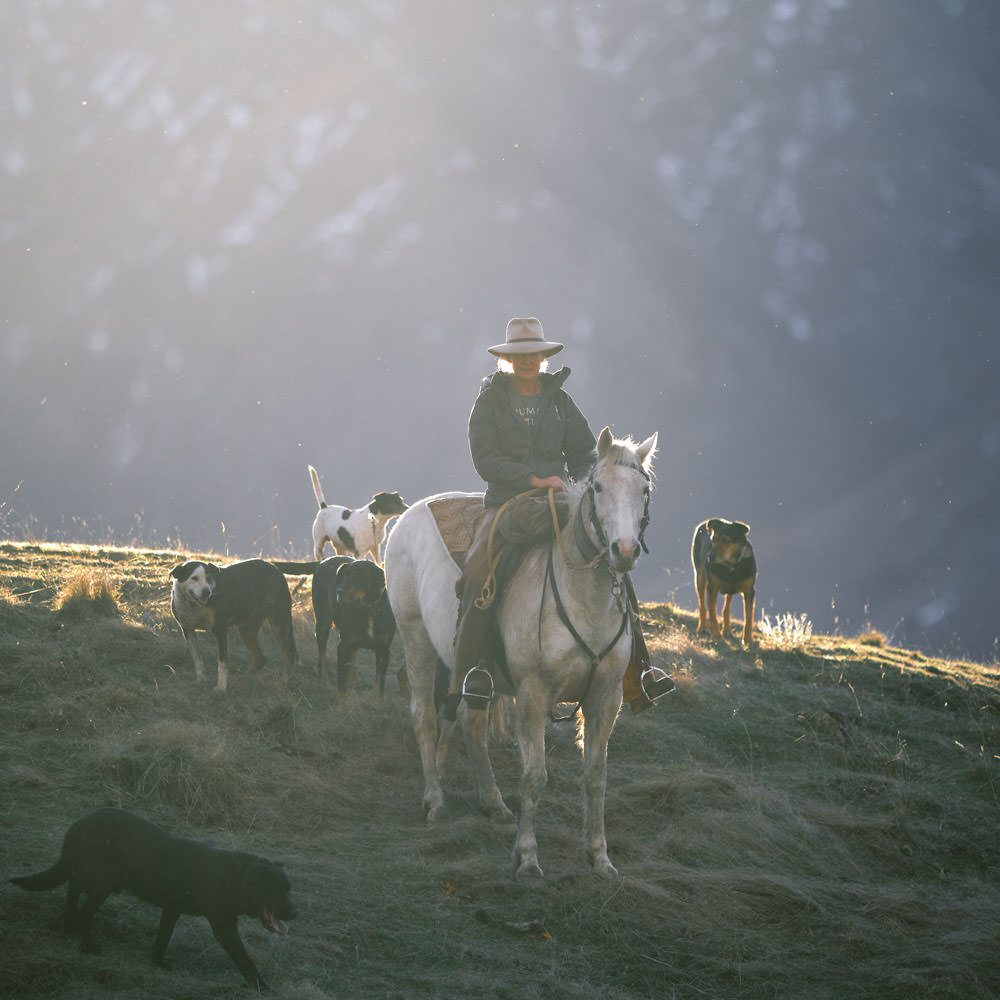 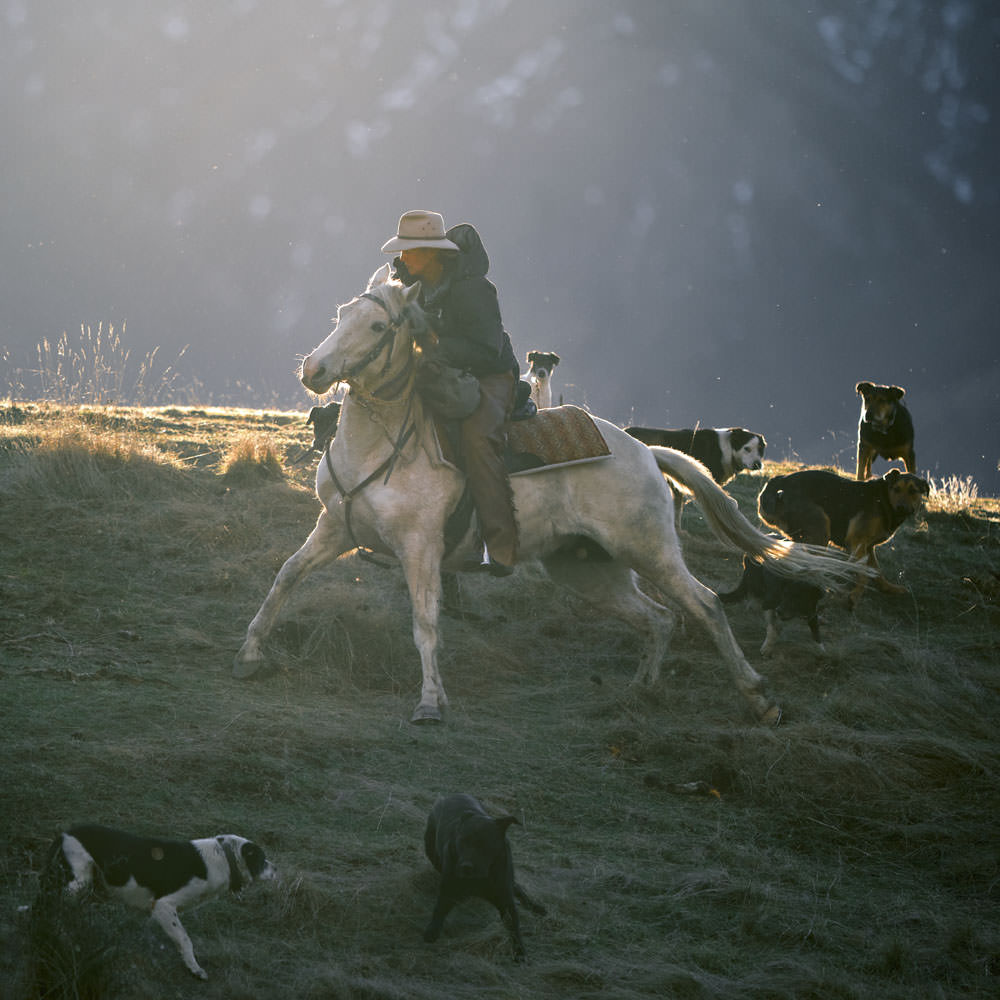 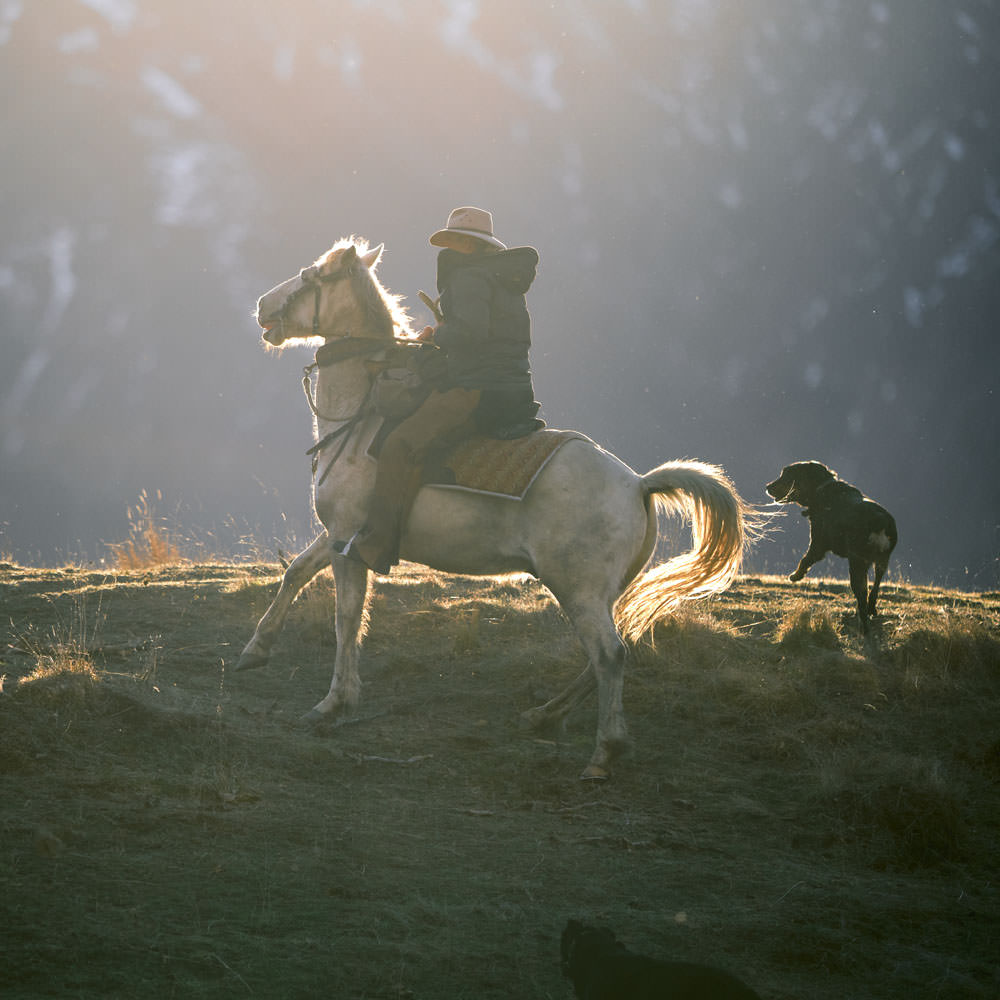 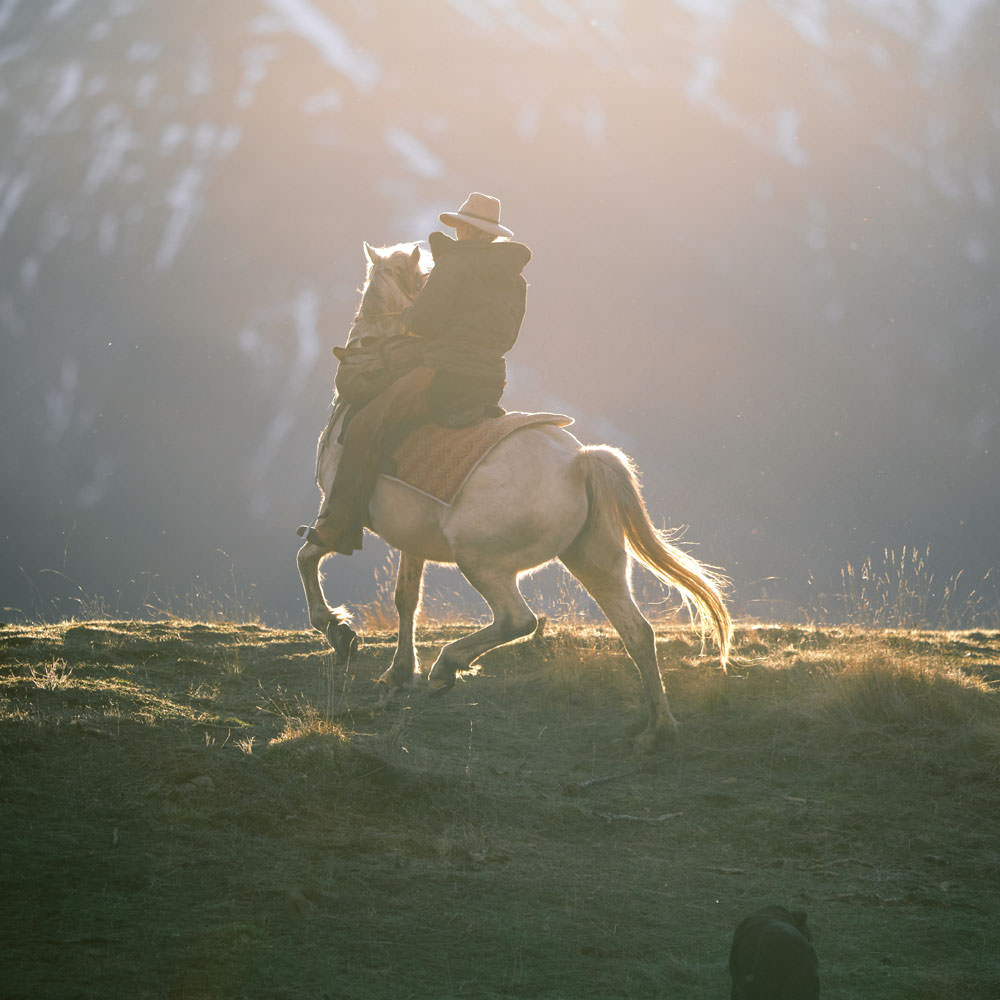 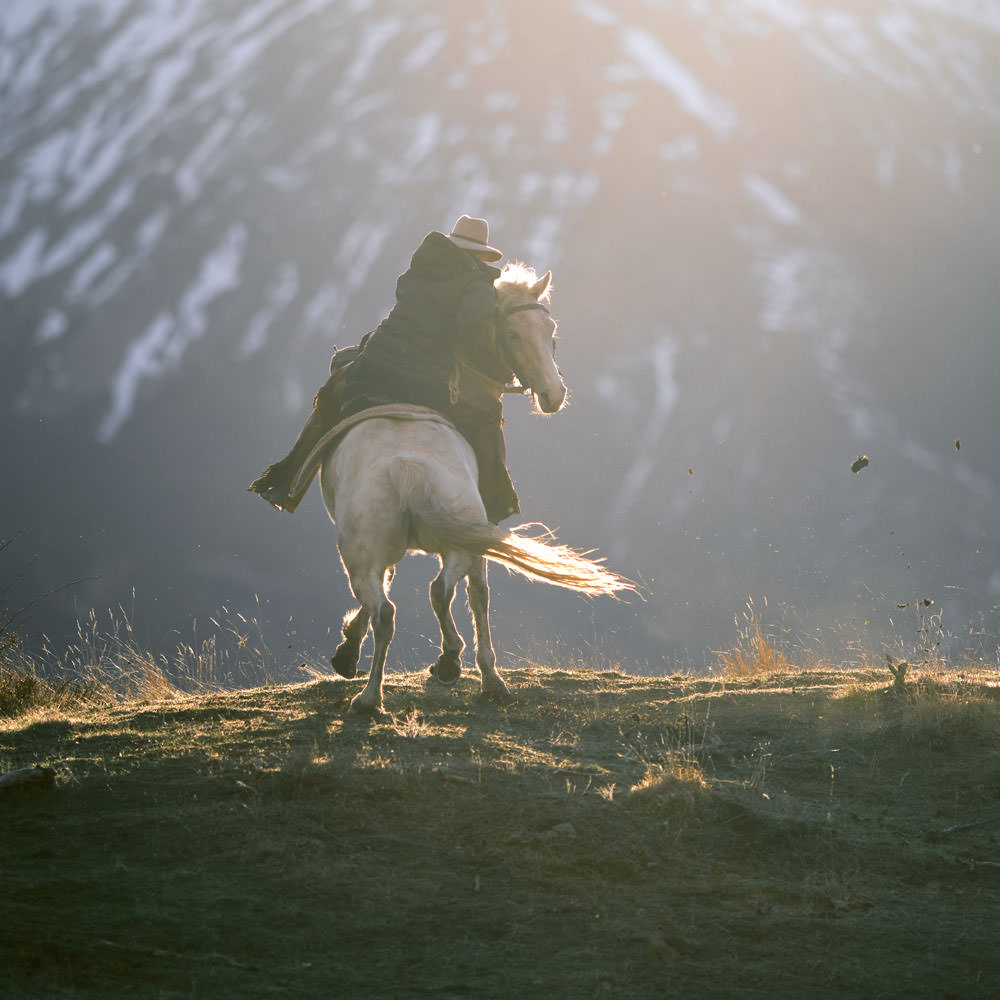 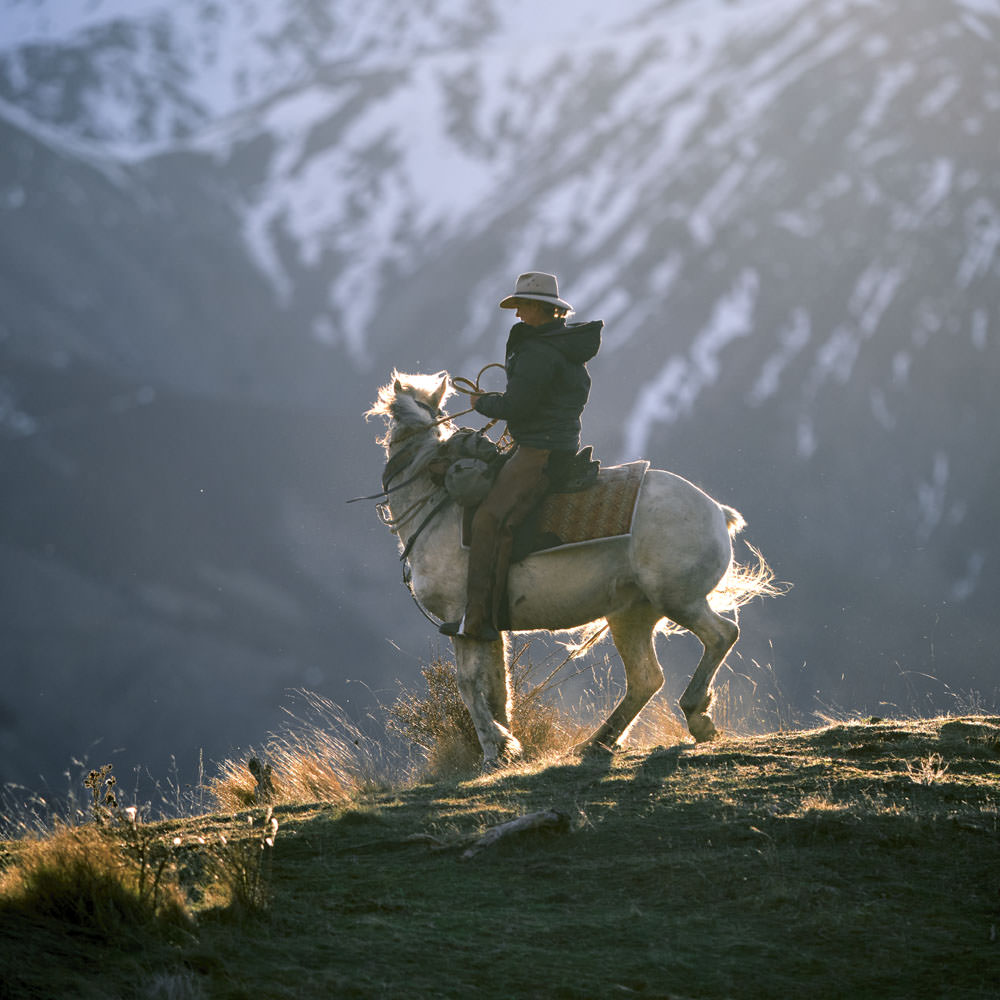 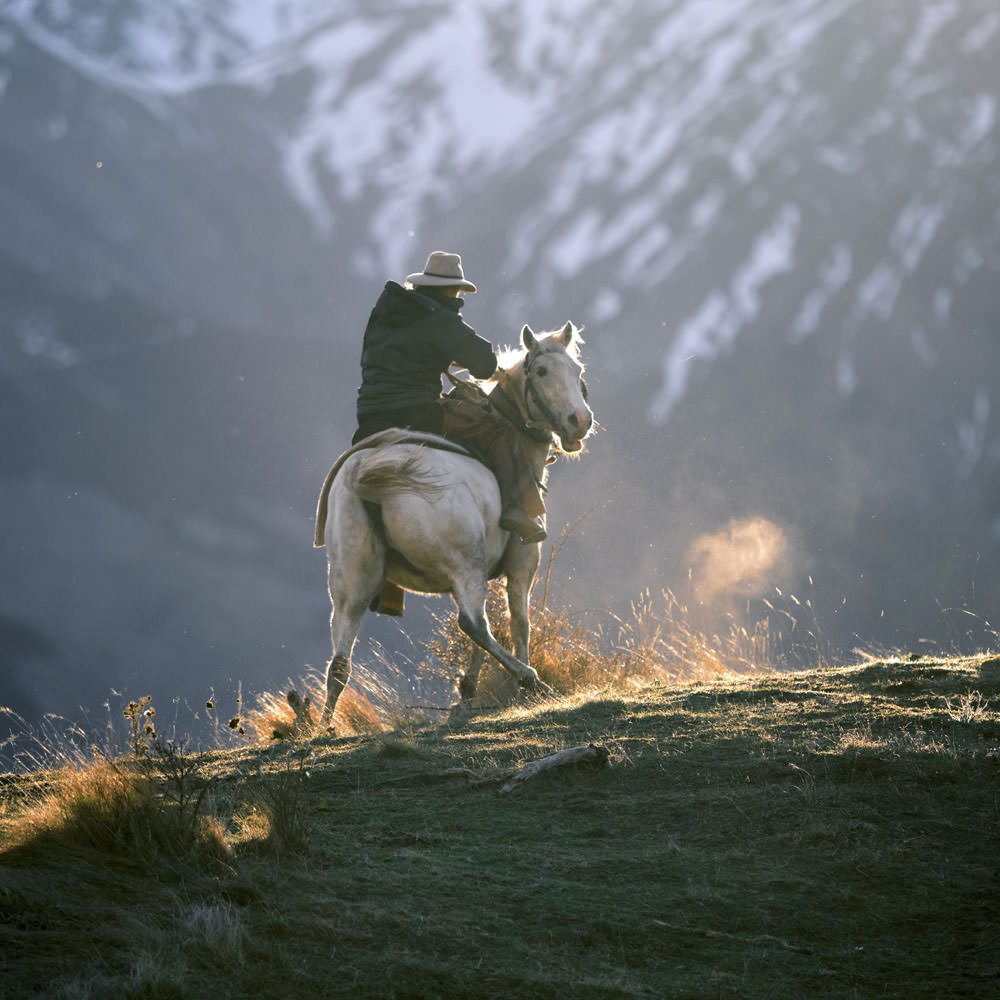 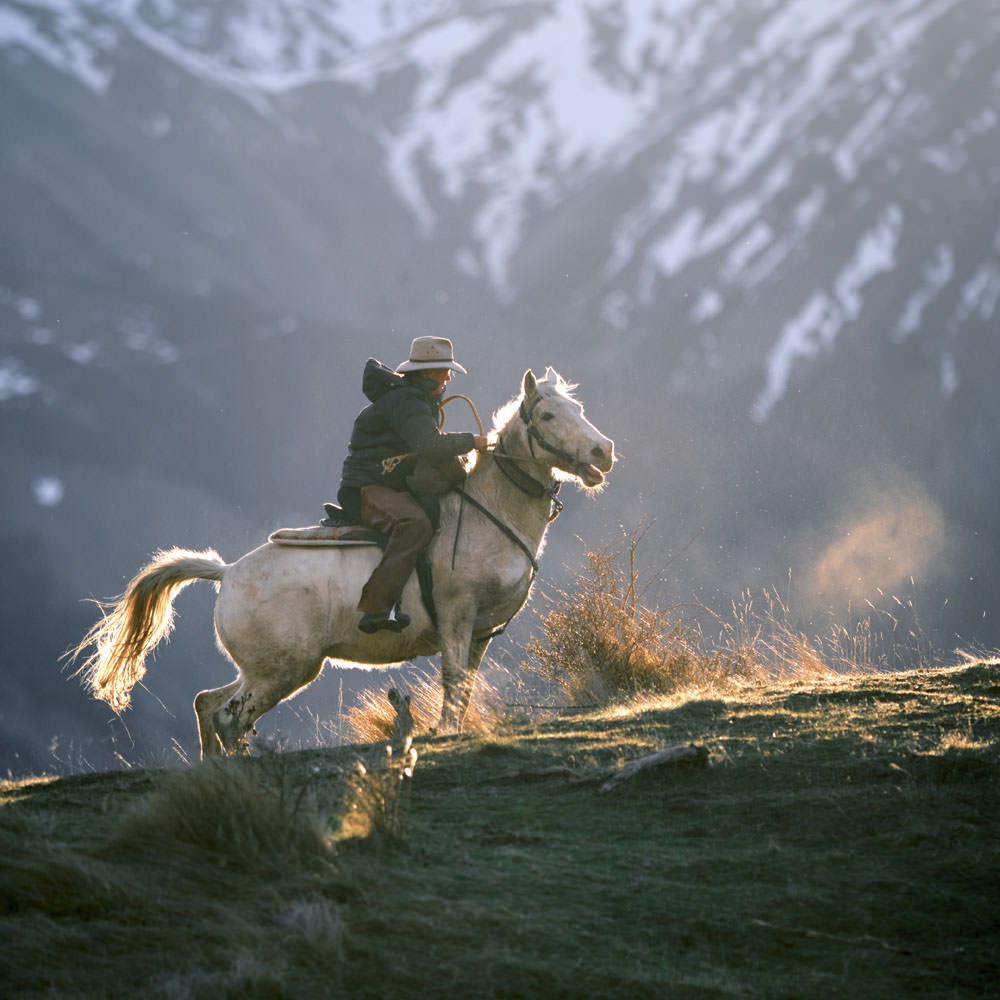 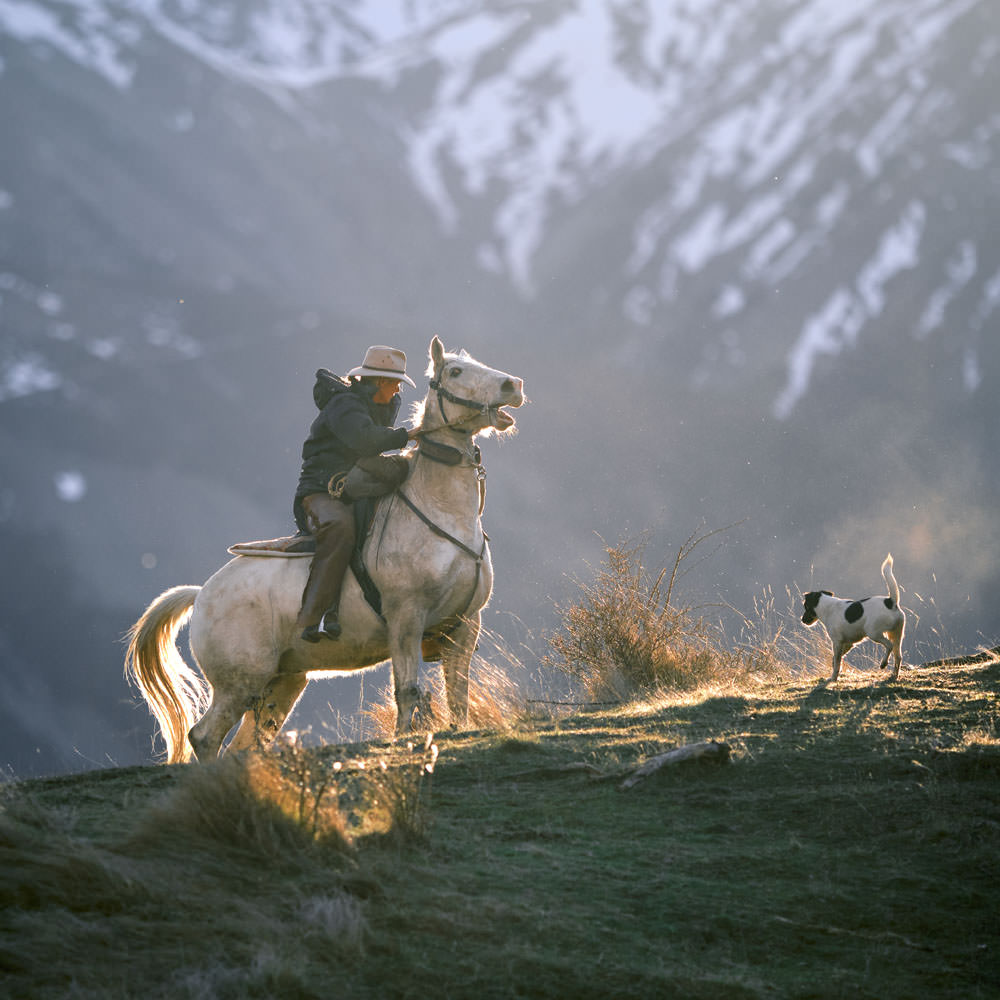 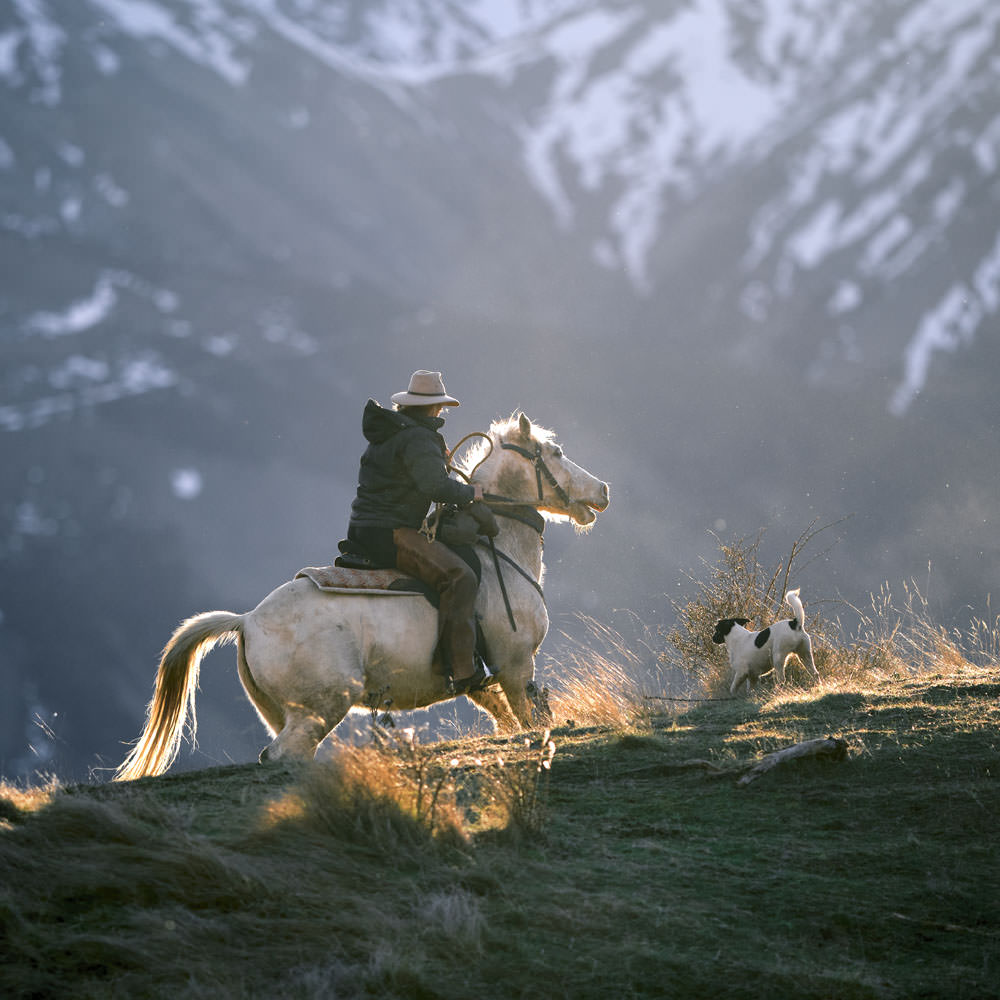 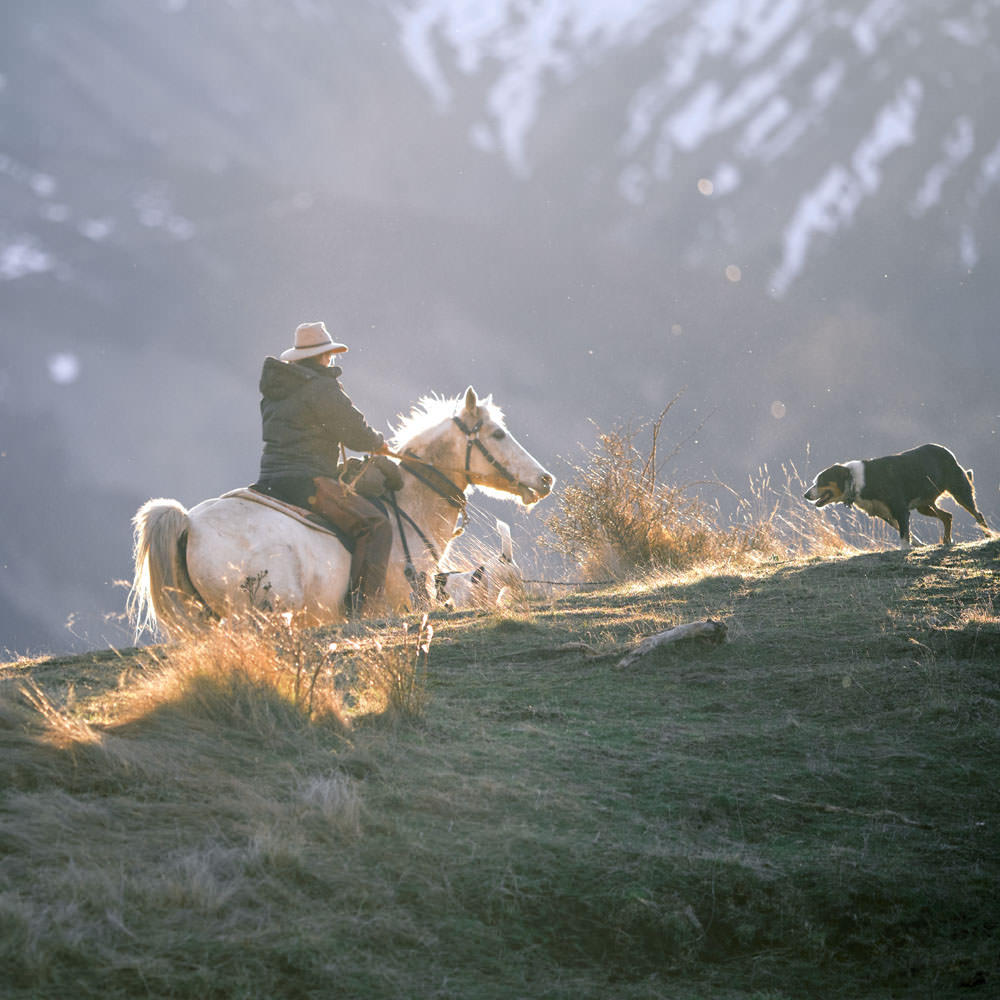 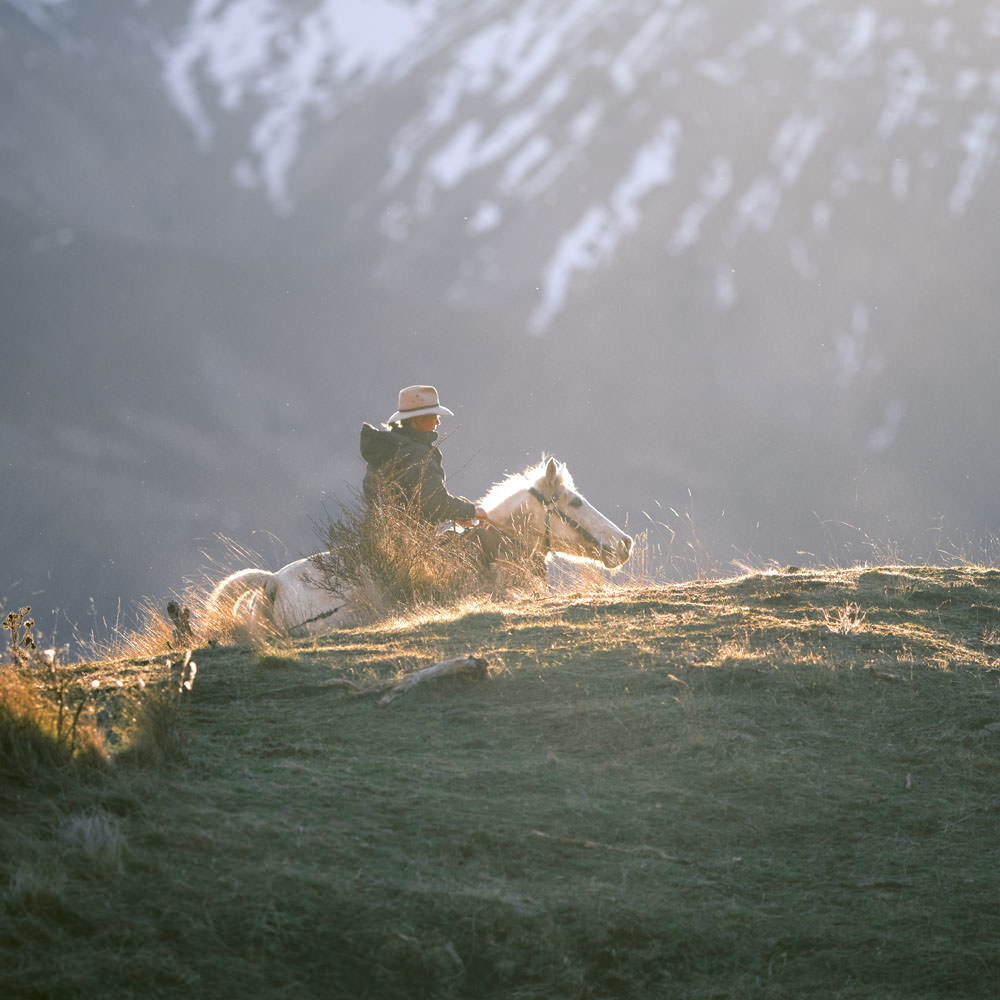