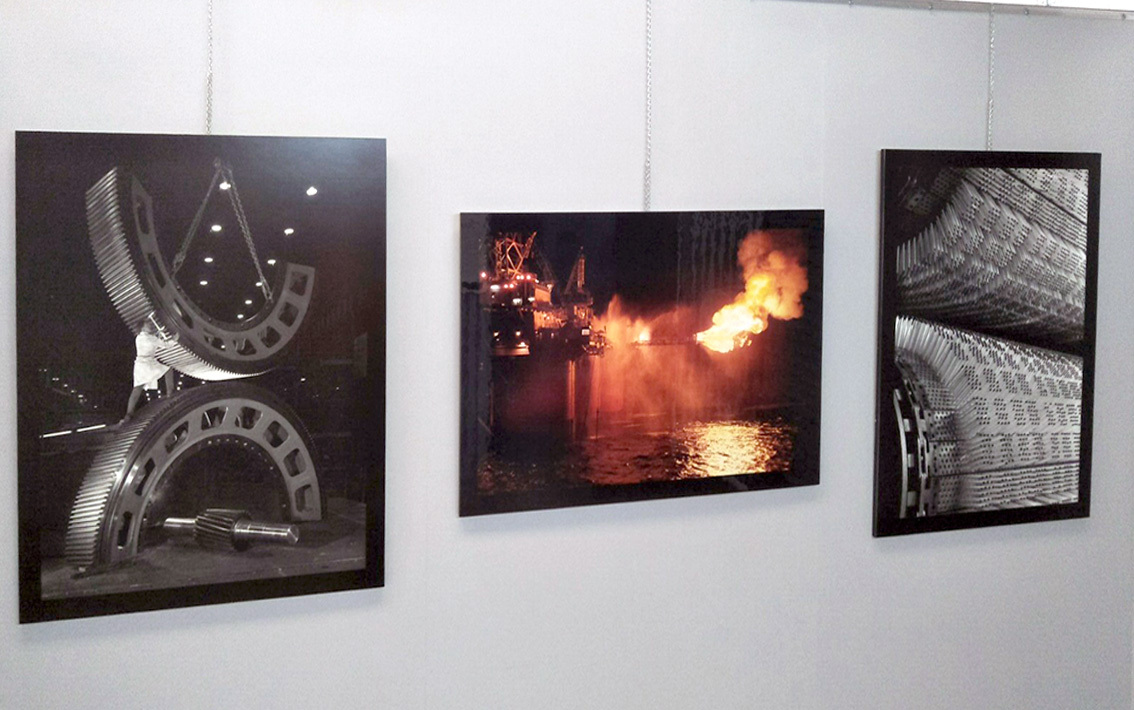 Lothar is best known as the former managing director of Bond Colour Laboratories, later Bond Imaging, in Richmond, Victoria. On his time away from running arguably the largest professional film laboratory in Australia, Lothar travelled the world, photographing some beautiful and exotic locations, from the Arctic to the Antarctic.

Prior to starting Bond Colour, Lothar was an accomplished photographer in his own right. He also collected significant works by other photographers, many of whom became life-long friends.

Now in his retirement years and looking at downsizing, Focal Point is honoured to have been entrusted with exhibiting and selling Lothar’s private collection of photographs. Naturally, there is a substantial array of his own work, including many landscapes, an extensive collection of flowers, jazz musicians (which were a particular favourite of his) and other works.

One of the highlights of the collection, though, is a range of works from Australia’s most celebrated industrial photographer Wolfgang Sievers. Wolfgang escaped Nazi Germany in 1938, arriving in Australia the following year. He had been a successful photographer in Germany in the 1930s, being particularly influenced by the Bauhaus school. On arrival in Melbourne, he found local commercial photography still steeped in a Victorian pictorial style and he set about his industrial and commercial photography with a keen emphasis toward modernism. In doing so, Wolfgang changed the face of industrial photography in Australia, becoming world-renowned for his work. Today his photographs are highly sought after and collectable, particularly those which he signed.

Although he had extensive experience in the darkroom, in his later years Wolfgang entrusted Lothar Huber and Bond Colour with his processing and printing requirements. Wolfgang formed a close relationship with Lothar, resulting in the gifting of numerous works to him before Wolfgang's passing in 2007.

Wolfgang's collection of negatives and a substantial number of prints, as well as his personal archive and records, family photos and other ephemera, is held by the National Library of Australia. Some of his photos are held in libraries and art galleries across Australia, but the opportunity to purchase any is fairly rare.

That's why having close to 20 of his works available for this exhibition, all of which are for sale, is so exciting for us at Focal Point.

If that isn't enough to get you along to the opening of the exhibition, maybe ten 1m x 1m full-colour high-gloss prints from the Apollo 11 moon landing, photographed by Neil Armstrong will excite you. And if you have a particular interest in historical photos, there are also more than 50 photos taken toward and just after the end of World War 2, from a collection Lothar purchased at auction many years ago. From war-torn Europe to barrage balloons over London, scenes of a U-boat attack to Winston Churchill on the post-war campaign trail and celebrations for VE Day in London's streets, these photos are a provocative and compelling glimpse into the lives of ordinary and extraordinary people of the time.

This is one of the most internationally important exhibitions ever shown in Geelong.

The exhibition will be open to the public from 10am to 5pm, Wednesdays to Sundays, between 4 June and 31 July.

Website www.focalpointdarkroomgallery.com.au or for further details contact Craig Watson - This email address is being protected from spambots. You need JavaScript enabled to view it. or 03 4222 8359.