Best Time of Day for Aerials? 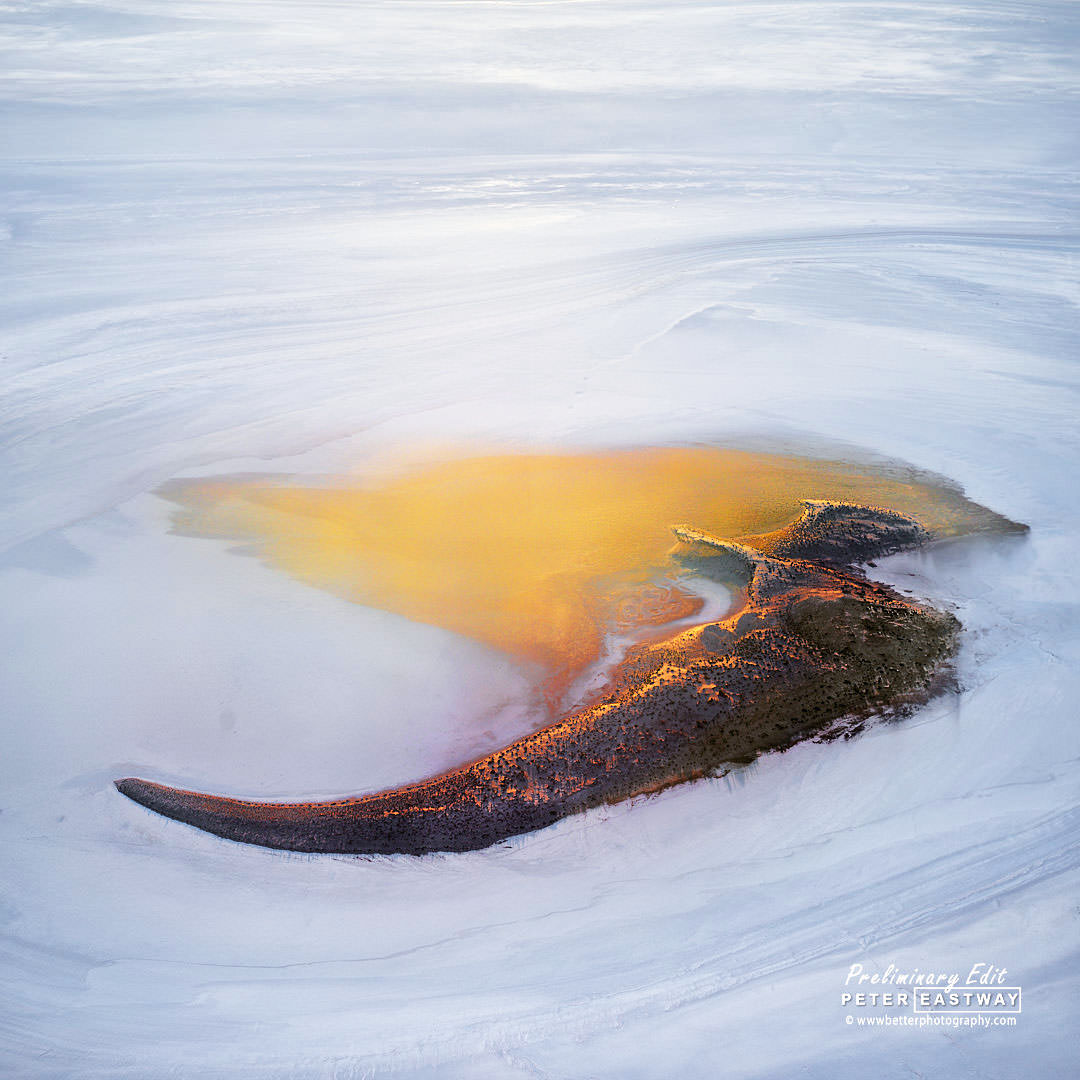 Over the years, I've had some wonderful discussions with Tony Hewitt, Christian Fletcher and Les Walkling about the best time of day to shoot aerials.

On our original Shark Bay ND5 project (spearheaded by Christian's brother and remarkable filmmaker, Michael), Tony and Christian were pretty keen to be in the air during the middle parts of the day, claiming you could get better colour out of the water. In comparison, they suggested back then (I don't want to put words into their mouths today), if the sun was too close to the horizon, the light didn't penetrate the water and there was less colour.

I had a different view, preferring to shoot with the low light because of the shadows that were thrown. Of course, over the flat landscape of Shark Bay, there wasn't much relief to throw any shadows at all, but Les and I delighted in a long flight around Dirk Hartog island in the late afternoon light. We were in trouble with Tony and Christian for being away for so long, but only a couple of days later when they saw what we had shot and they missed!

I'm sure there are different versions of this story, but I'm the one writing the blog. And this photo? It was taken on a recent photo tour where I was a guest of Wanderlust Photography and Robin and Tim Moon. They've just sent me an invoice for the extra flight time (how can you resist in this part of the world), so I figured I should make it worthwhile and share an image that you won't find if you're shooting in the middle of the day.

Are you interested in shooting aerials? Tony and I have just had two spots come up, one for Shark Bay this June, another for Middlehurst in August. If you're interested, touch base with me or my assistant Kim - This email address is being protected from spambots. You need JavaScript enabled to view it..

So, what are my favourite times of day to shoot from the air? And why?

Shadows can make a landscape, whether shooting from the ground or the air. If I have a choice, I prefer to shoot by first light and late light, even from the air. And if I need to bring out some more colour hidden beneath the surface of the ocean or a lake, I can always use post-production. But don't tell Tony and Christian - I like to let them sleep in!