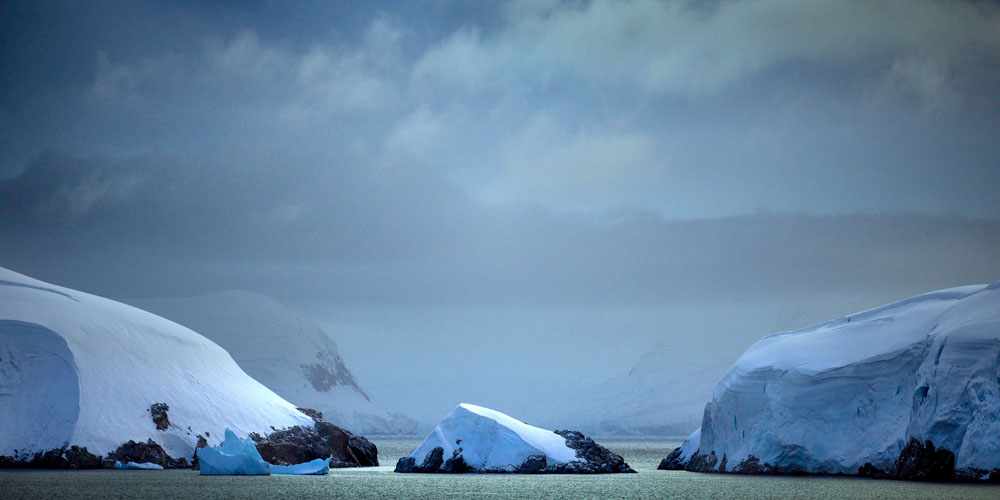 A couple of weeks ago, I posted a photo which I suggested wouldn't win any photo competitions, but commented that I liked it anyway! My blogs are posted onto Facebook as well as my www.petereastway.com website, so they get a bit of traction - including a few comments that agreed with me and suggested we need better judges.

To start with, I'm one of those judges and, if you ask me, the photo above (and the one I posted previously) would not win a photo competition. They might be accepted, given a Silver Award or get into the top 20% of entries, but they are unlikely to come first. And as a judge, I wouldn't give them first prize, either.

But I still love the photo. It has lots of emotional baggage for me. I love small, snow covered islands. I remember the cold wind as we stood on the ship's deck, approaching Antarctica for the first time that voyage. And I love the light.

However, the point I was trying to make (perhaps unsuccessfully) is that not every photo we create needs to be something that everyone else in the world loves. I know I get a lot of likes and loves on social media (and thank you for doing so), but there are also a lot of people who just click past because my photo doesn't do anything for them. And that's okay!

We can't control how people react to our work. Now, while it would be untrue to say I've given up caring what other people think, I am training myself to accept that there are all sorts of views out there and not to worry too much about the 'negatives'. On the other hand, sometimes judges have made negative comments about my work which have been really instructive and useful. They have helped me become a better photographer - in my opinion.

We all have opinions and that's a good thing. It's a first step to creating new and original photography, so we certainly don't want everyone agreeing with everyone else - that would be boring. And as for the judges, yes, there are times when judges get it wrong. So do photographers! But if you enjoy the competition process as I do, I think the solution is not to get upset by poor outcomes, but to work out if you're still happy with the photo.

Sometimes my work is criticised, I agree with the judges and the photo is no longer a 'favourite'. But if I still love a photo after it has bombed in a competition, then that to me is a mark of success.