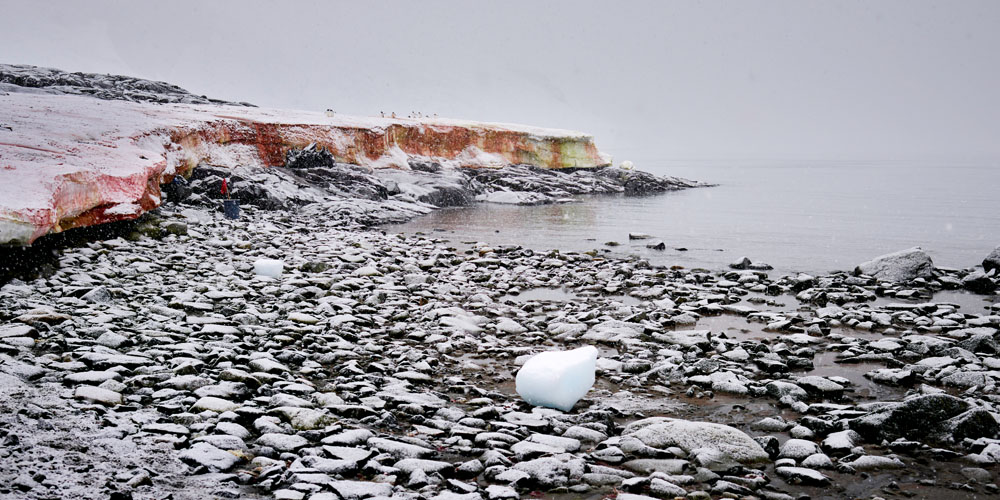 No matter where you travel in the world (and I realise we are not travelling at all just at the moment, but things will get back to a new normal eventually, one has to believe), the season in which you travel can have a big impact. In Australia, for instance, the Red Centre might look much the same in any particular season, but it's certainly more comfortable in winter. In Bhutan, the seasons produce dramatically different landscapes, especially the cultivated rice paddies which change from grey to green to yellow as the year progresses. There are also 'human' seasons with annual festivals punctuating the calendar and any trip to Bhutan needs to take them into account.

And so it is with Antarctica. Travel to Antarctica is between October and March and there can be definite differences. For instance, there's usually more snow around in October and November, but not always. And there's usually less snow in February and March, but that doesn't mean you can't have a snow storm. In terms of wildlife, the seasons have an impact on the number of penguins you see. Early in the season there are lots, but the rookeries are not full. In the middle of the season - say December to February - you're assured of seeing maximum penguin numbers and lots of penguin chicks. However, by the time March rolls around, most of the penguins have gone out to sea to feed and the rookeries can be relatively empty - but if you've never been to Antarctica before, you'll still be amazed at the number of penguins you see.

So, picking your seasons to visit a location is and isn't important. There will no doubt be differences, but I find that no matter what the season, there's always something great to photograph. Photography is as much about your personal attitude as anything else.

My two voyages to Antarctica this year were my first in March - the late season. From a landscape perspective, I found it to be the most beautiful I have experienced, the most visually stunning. You can see my portfolio at https://www.petereastway.com/p428017922.

And a personal update: Thanks to everyone who has reached out upon my return to Australia. I am now into my second week of isolation in a Melbourne hotel, so not long until I finally go home. I am comfortable, I can order in Woolworths and UberEats, and I've had lots of time to work on photos and update my website. For instance, I am adding new material to the Landscape Photography MasterClass, some simple 'lectures' on basic camera technique which I feel is missing from the original course. And I'm working on a new edition of 'How To Win Photo Competitions'.

And quite a few readers have responded to my 'at home with nothing to do' offer. If you'd like to upgrade your skills while at home, how about signing up to my Landscape Photography MasterClass or my Lightroom Atelier? I'll put a 50% discount on them if you use the coupon code CORONA - for this week only! Visit our sister website at www.betterphotographyeducation.com for free samples.