It's Right Not To Be Square 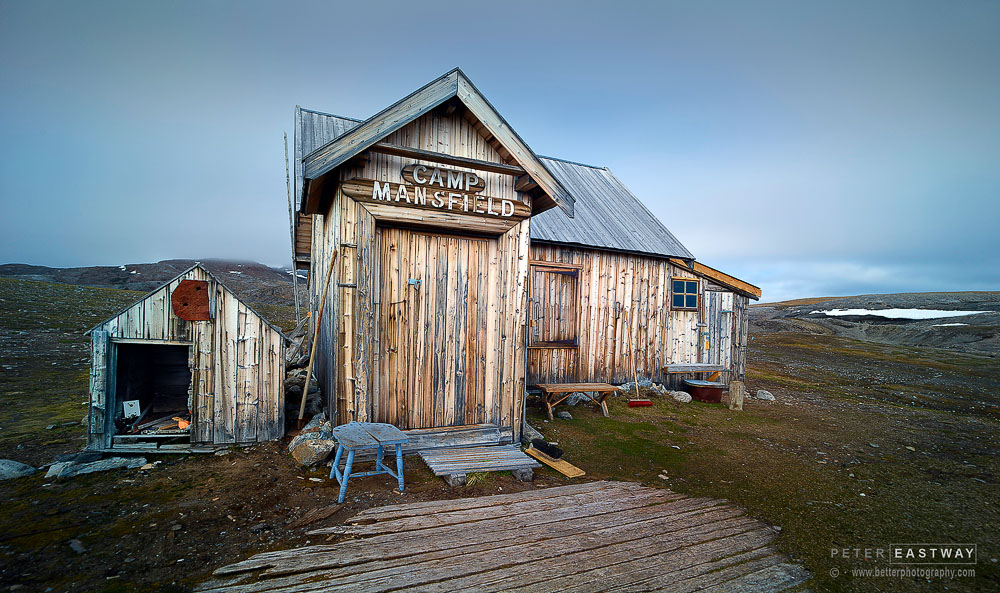 Now, before you start hammering me, there is nothing square about Camp Mansfield! Maybe there was fifty or a hundred years ago when it was first built, but the severe Arctic weather has taken its toll and there's nothing completely straight about this anymore. Nothing made of wood, at any rate!

A lot of people think of the Arctic as being all glaciers, fjords and polar bears, but there's so much more to explore. On our last voyage, we dropped into two small villages for a look around. One was inhabited, this one at Ny-London was not. It's the remains of a mining operation and a little further inland you'll find more evidence, but it won't be there for long. It seems every year, the Arctic winter erases a little bit more of the mischief we've inflicted on the land.

For me, the trick to photographing buildings like these is to keep them upright. I want the building to be straight. Of course, I am very influenced by architectural photography and while there's a time and a place for converging verticals, keeping the verticals vertical in photos like this give the subjects more presence. At least, that's how I see it.

To keep the verticals vertical, assuming they are vertical in the first place (or close to, as in this case), all you have to do is keep the camera back vertical as well. Perspective problems arise when you tilt the camera back to fit in the top of the building, so if you find yourself needing to do this, then step back or use a wider angle lens.

At Ny-London, we were also lucky enough to have very soft light. A band of clouds was racing across the sun behind us, producing a soft glow that was picked up by the wooden facades, but missed by the damp ground below. A quiet evening in the Arctic.

The 2020 photo tour to Svalbard is sold out, but you can still join Peter with Aurora Expeditions in 2021 - click here for details.