The Disadvantage of Medium Format 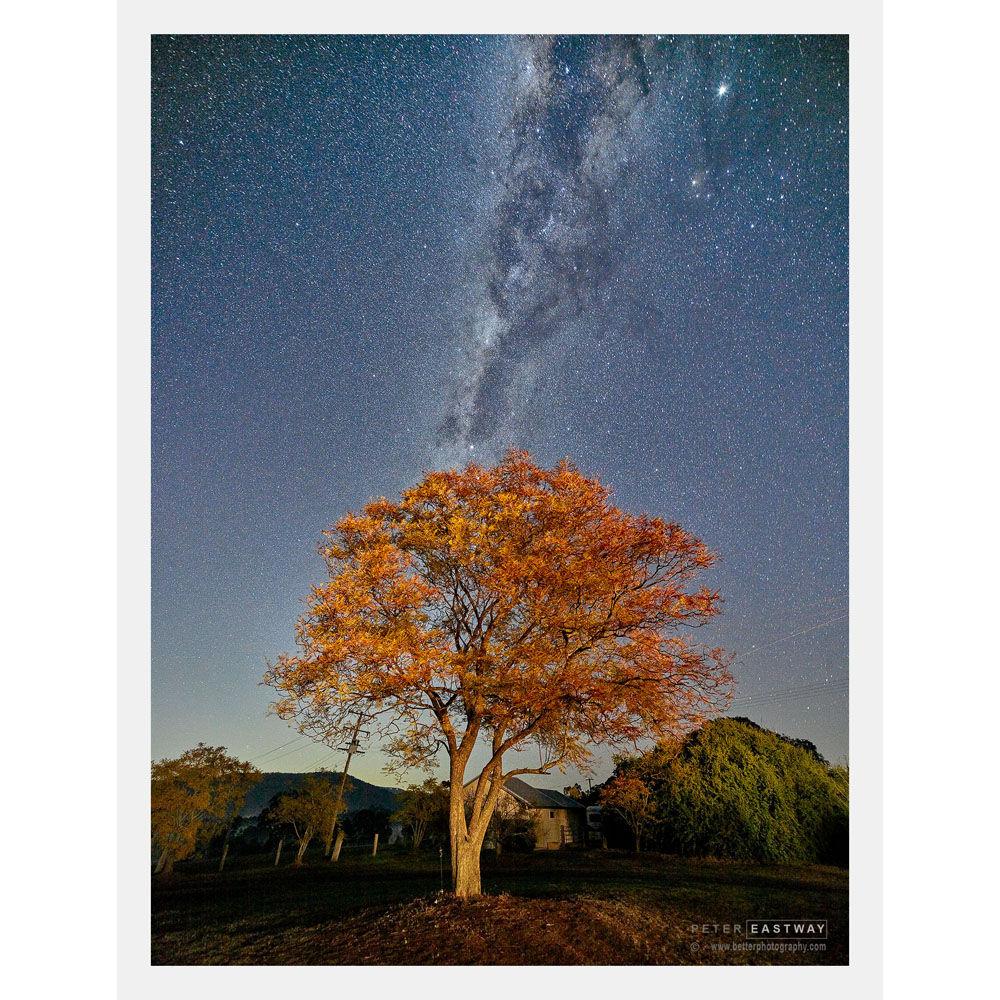 The more pixels you have, the more challenging it is to reduce noise. Of course, Nikon and Sony make a lie of this statement to some extent as their high-pixel count cameras produce remarkable results, even at ISO 6400 and 12,800. Some photographers even laud the results at higher speeds than these - and I'd agree. Compared to the old grainy films we used to put up with, modern sensors are sensational.

The sensor inside Phase One's medium format is built by Sony and so it too has the advantage of high speed and low noise, except that the more pixels you have, the easier it is to see noise. Open up a 150MP file shot at ISO 6400 and you'll find lots of noise at 100% magnification, but reduce the image magnification to 33% or 25% and that noise disappears. Now it looks very similar to a full frame DSLR with 30- to 50-megapixels.

Last weekend I was up at David Oliver's farm for the night, sharing a bottle of red with Bruce Pottinger. It was a beautiful clear evening, so we took advantage of the situation and shot a couple of frames of the stars, just to see how far medium format has come in terms of low light. Bruce was using Fujifilm's medium format GFX (although Fujifilm now refers to this as 'large format'), I had the Phase One IQ4 150MP back.

The improvements are simply remarkable for both camera systems. There is noise, as explained above, but it's so manageable. Medium format has certainly come of age, but are they the solution for night photography?

Possibly not. If you're shooting by the light of the moon, not the moon and the stars themselves, then you may not care how long the shutter remains open. This means you can set lower ISO settings to ensure a noiseless result.

Not so if you're shooting the stars because exposures of longer than 10 seconds will blur the stars. They will move too much during the exposure.

I read somewhere that a shutter speed of 1/15 second or shorter is needed to ensure you have a sharp (not blurred) photo of the moon, but this would depend on the magnification of your lens and the resolution of your sensor. The longer the telephoto, the faster the shutter speed needed. The same principle applies for shooting stars and my memory is that at 10 seconds with a wide-angle lens and a 20-megapixel sensor, you can't see any blurring in the stars.

And this is the disadvantage of medium format. My beautiful wide-angle lens has a maximum aperture of f4.5. Compare this to a special purpose f1.2 or f1.4 wide-angle lens for a full-frame or APS-C camera and medium format has a three to four stop (EV) exposure disadvantage. At ISO 6400, my 'fastest' exposure was 30 seconds at f4.5 and I could still see blur in the stars. Not much and you probably can't see it in the image size above, but it's there!

And don't forget, entries into the 2019 Better Photography Photo of the Year Awards close on 15 August 2019, so there's still time to enter - and who knows, you could be part of the $17,000 prize pool too! For more details, visit www.betterphotographyphotocomp.com now!