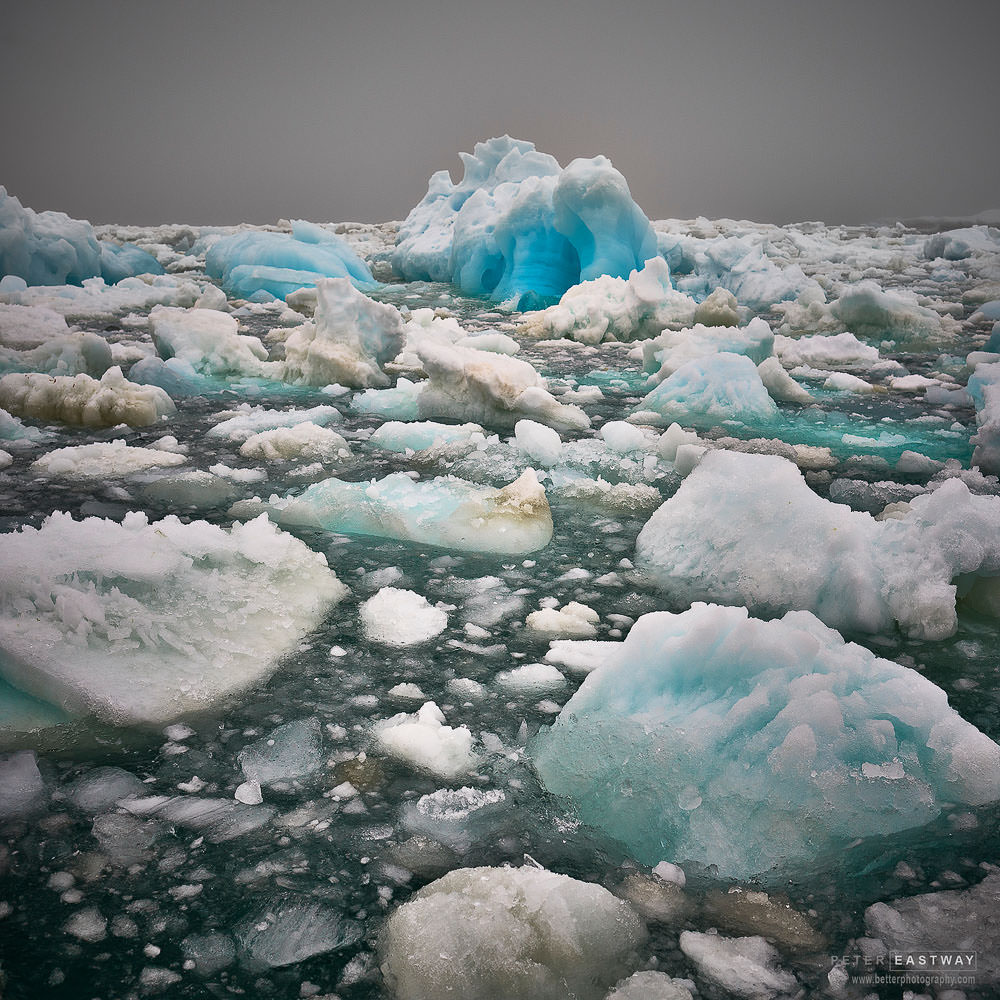 I'm suggesting this photo is an abstract. Yes, it's also a literal photograph with very little in the way of post-production (for me, at least). I've used some clarity in this version to bring out the texture in the ice and to separate the ice from the water, but at the end of the day, it's an abstract photograph that relies on the random positioning of ice. The only 'intentional' aspect to the composition is the placement of the large blue berg up the top which hopefully anchors the image.

I took 10 shots to get this one. The other 9 aren't nearly so strong. Why do I mention this?

A photographer who purchased my book, The New Tradition, pointed to a caption I'd written, where I confessed I'd taken around 50 shots to get the good one. For him it was a weight off his mind, because he thought that good photographers only needed to take one or maybe two shots to get it right. Maybe that's true for some photographers, but not in my case. And sometimes, when I'm there in the moment, I have no idea whether or not I have the best shot possible, so I keep taking lots of shots. It's not costing me anything except a little more time selecting the best frame from multiple ones later on.

These days, with so many photographers taking so many great shots, to produce images that stand out, we really need to get our compositional balance working and sometimes, especially with moving subjects like this, lots of photos is the best way to achieve success.

This is shot up in the north of Svalbard on a photo tour I did with Kevin Raber last year. Kevin and I are returning there next year in August if you'd like to join us - but berths sell quickly on our ship, so jump in soon! For more information, check out my Svalbard video here or by visiting the www.betterphotography.com website and looking for the workshops link.