The Street at Night with Fujifilm’s X-E3 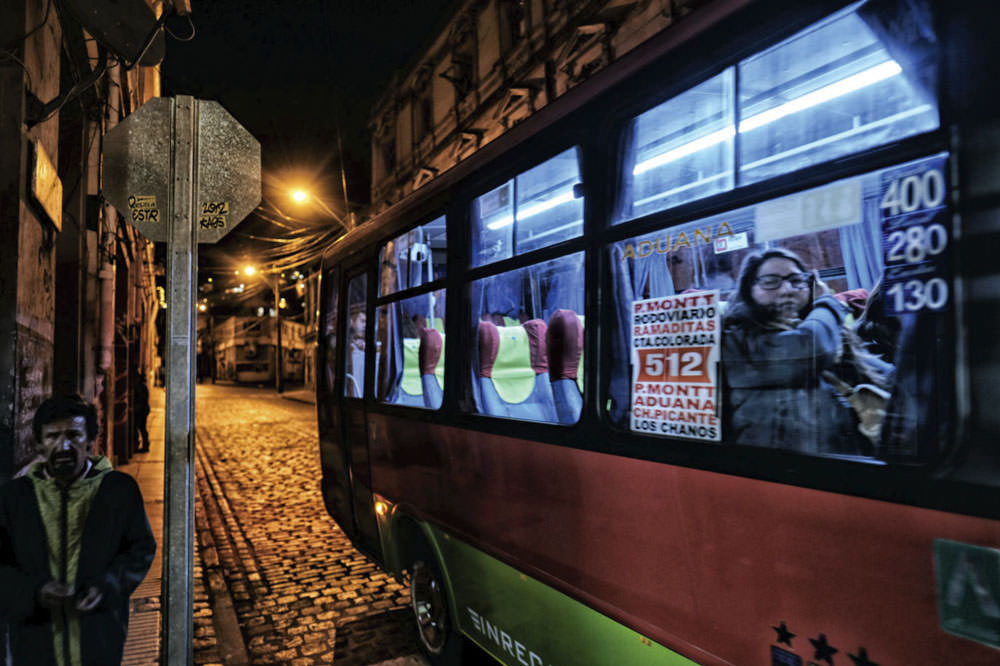 Luis Ascui in Stealth Mode with the X-E3 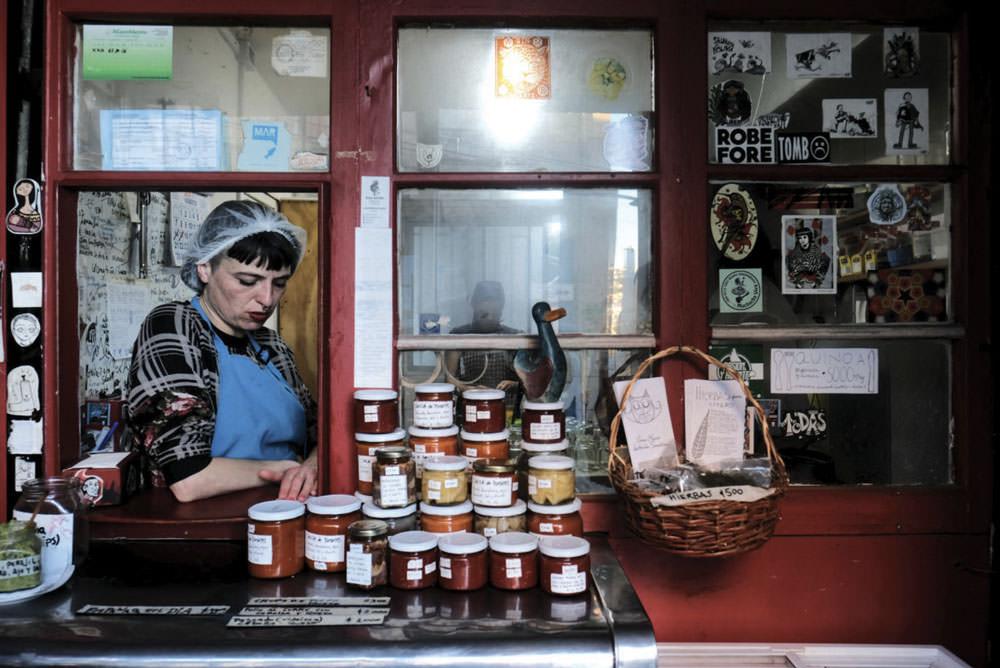 The first thing you wonder when viewing Luis Ascui’s latest documentary photos (www.mediaculture. com.au) from nighttime Vaparaiso in Chile is, was he safe? Did he get mugged? Could just anyone walk around these places and take amazing photos like these? As photogenic as they are, city life at night is a step further into the unknown and Luis admits there were some challenging moments! 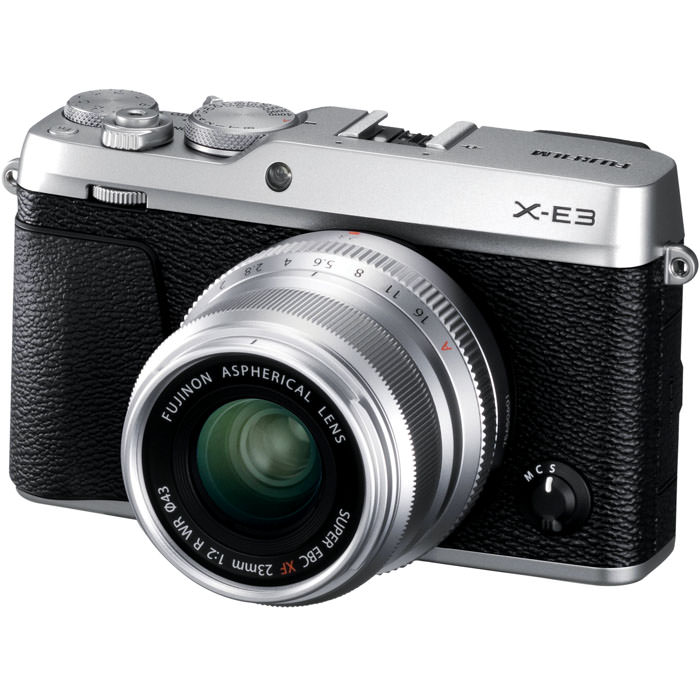 There’s a clarity and a depth to Luis’s compositions. The colour is solid and saturated, yet clean and realistic. There seems to be plenty of detail in the shadows where it’s required, but he also plays with the darkness of the shadows, creating a contrast with more of the unknown. They are photos with an uneasy beauty.

And they were all shot on the tiny Fujifilm X-E3.

With over 20 years as a photographer, Luis Ascui is a recipient of the Nikon Award for Photojournalism, has exhibited his work at the United Nations Summit for Social Development and today continues to visualise stories for clients while teaching at universities in Australia.

Luis has also been working extensively in Chile and he says he’s influenced by the work of Magnum photographer, Sergio Larraín whose best known work was shot in the 1960s, some of it in Vaparaiso. This meant, from Luis’s perspective, that if he were going to follow in Sergio’s footsteps, he needed to do something different – and better!

“There are some advantages to working in Chile as well, such as fewer photography restrictions. Photographing people in Australia becomes too complicated because I’d need all sorts of signed agreements, but I just wanted to take pictures. So, I went to Vaparaiso.

“This was a personal project, like much of my work. There are many documentary photographers out there complaining they don’t get sent anywhere, but if you’re really passionate about something, why not put your money where your mouth is and do it yourself? Certainly, this is what drives me”.

Tell Your Own Story

“My first photos of Vaparaiso were during the day, but I felt I was pretty much emulating the work of Larraín. It’s great to be inspired by the work of other photographers, but then you need to find your own voice and tell your own story.”

And this is where the diminutive Fujifilm X-E3 came in. It is small,  inconspicuous and works brilliantly at high ISO settings, so Luis decided to photograph Vaparaiso at night.

“Everything takes on a different perspective at night. I was walking through places and laneways that might be considered a bit dangerous, but I wasn’t carrying a tripod and the camera was so small, no one paid me any attention. And I’m quite a big guy too, so that helps.

“I took two cameras with 16mm and 23mm lenses and just kept them in my pocket until I saw something to photograph. It was really nice to work this way.”

Luis says it was also the first time he had tried the Auto ISO setting. Shooting at night, light levels vary dramatically, so if it’s quite bright, he’d be shooting at ISO 200 or 400, but in dimmer situations, he’d push the ISO up to 3200 – although the Fujifilm X-E3 offers up to ISO 12,800 in Auto ISO mode, or ISO 51,200 if you’re happy to set the ISO manually.

“And it’s a very easy camera to shoot with at low shutter speeds.

“Vaparaiso is a surreal place. It has 42 hills and two are UNESCO World Heritage sites. There are lots of laneways running up and down the hills and in some areas, the neighbourhood can be a little rough, so you have to be cautious.

“In that part of the world, you never know if you’re going to be confronted one minute to the next. Many of my Chilean friends thought I was crazy to walk these laneways with my camera, but I think they’re exaggerating. All big cities have the same problems, whether it’s Sydney or London. You just need to be cautious.”

"I walk around listening to music as I shoot. It elevates me emotionally and so when I’m walking, it’s like being at the theatre! If I find an interesting background, all I need is my actor to walk into the frame, so I stop and wait. Sometimes you wait and wait, but when and if it finally happens, it is very fulfilling.

“It’s also important to keep the overall project in mind as you shoot. You don’t want the whole storyline to be based on similar situations with similar camera angles, but you do want the images to link together, even though they are taken in different parts of town.

“My wife is instrumental in my work – she is my second pair of eyes. She works as a picture editor at The Age, so she has a good eye. I also take a laptop with me when I travel, so I can look at the shoot as it proceeds and confirm that it’s all making sense. If I start repeating myself, I can see it. It’s like writing a book – you don’t want to write 20 chapters all the same because you’re just repeating yourself. By looking at the images shortly after they’ve been taken, I can see what I’m missing and what’s needed to complete the story.

“I really enjoy using the Fujifilm X-E3 because I can work unnoticed. For certain types of work or locations, photographers would generally use DSLRs, but they are so big they get you noticed.

“Two years ago, I covered a huge demonstration in Chile for Bloomsberg. Out on the street, someone asked if I were a journalist, looked at my camera and then said obviously I wasn’t! It meant I wasn’t part of the local mass media they distrusted – and this was incredibly helpful.

“With such a small camera, people no longer pay any attention to me, yet the results are every bit as good as those taken with a DSLR. The best of both worlds!”

For more about the Fujifilm X-Series family of cameras, visit www.fujifilm.com.au. Or take a trip to your nearest Fujifilm camera supplier.