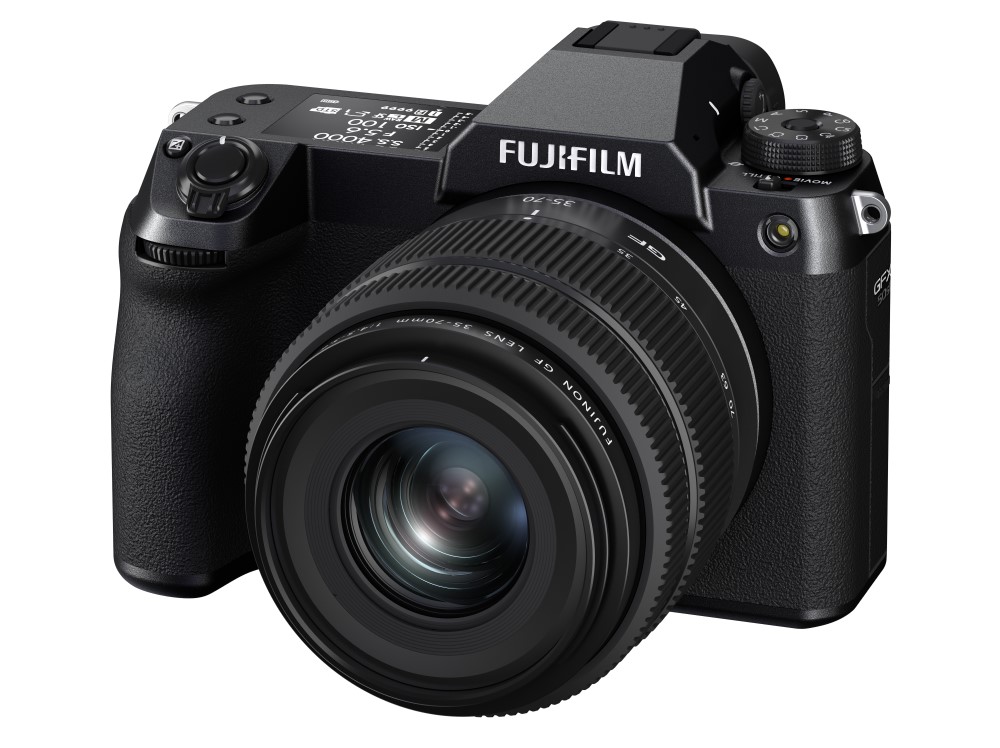 Publishing a quarterly magazine is just right for techniques and ideas, but when it comes to camera equipment, things move so rapidly we thought we should share Fujifilm’s latest introduction, the Fujifilm GFX50S II.

If you’re interested in what a different format camera can do for your photography, it’s never been more affordable. For ‘just’ $7299, you can purchase the new camera with a 35-70mm lens and while this is significantly more than an introductory mirrorless or DSLR camera in a smaller format, it’s a fraction of the $100k you can pay for other larger format camera systems!

The GFX50S II has a 50-megapixel sensor but the camera body is based on the 100-megapixel GFX100S. As Fujifilm explains, the sensor is 1.7 times larger in surface area than that of a full-frame camera, can achieve a wide dynamic range (lots of detail in the shadows and highlights) and a high signal-to-noise ratio (very low or no noise in the capture).

The GFX50S II is very small and portable for a ‘large’ format camera. (Fujifilm sensibly calls the larger sensor ‘large’, rather than ‘medium’ which is the term other manufacturers use, based on film cameras of old, but given Fujifilm used to make both medium and large format films, we think they have the right to rename their new digital cameras ‘large’ format if they want to, especially when you compare them to the smaller X-Series cameras.) In fact, your current mirrorless or DSLR camera bag will probably suit you just fine (although if you splash out for a new camera, chances are you’ll splash out for a new camera bag as well, otherwise, where are you going to put your old camera)?

the brilliantly fast autofocus and a five-axis In-Body Image Stabilisation (IBIS) mechanism that provides up to 6.5 stops vibration reduction. It really is remarkable how well the system works on the GFX100S (which I’ve tested), so I have no doubt it will be brilliant on the new camera as well.

The AF system is assisted by the high resolution sensor, a high-speed image processing engine "X-Processor 4" and the In-Body Image Stabilisation mechanism. During the contrast detection process for AF, the built-in image stabilisation mechanism controls sensor motion blur to add speed and accuracy to the AF performance. The GFX50S II also uses the latest AF algorithm, resulting in more accurate autofocus in Face/Eye Detection compared to the previous model. The camera is able to capture portraits with movement and shallow depth-of-field.

Fujifilm explains that the GFX50S II uses a specialised design that employs customised light-collecting micro lenses on the sensor to boost light resolution per pixel for added image sharpness. Having a larger light-receiving area per pixel results in excellent ISO sensitivity, dynamic range and tonality, controlling highlight/ shadow clipping while conveying the subject's texture, definitions and even the atmosphere of the scene in precise details.

We’ll have a comprehensive review of the camera in the December issue (we’ve been promised a camera to play with shortly), but if you can’t wait, camera stores should have stock by the end of the month.