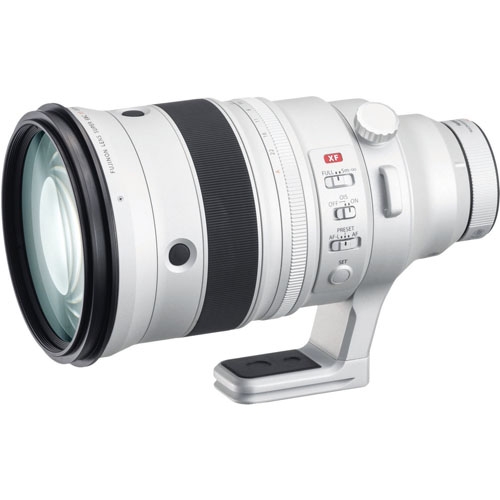 The new 200mm is not a small lens. Rather, it is designed to compete against the super-telephotos produced by Canon and Nikon – and optically it will do so very well. Interestingly, with a smaller camera body and sensor, the 200mm can also be a bit smaller, but the one parameter that causes designers grief is the super fast f2.0 maximum aperture. Physics won't allow the lens to be any smaller if you want that super fast aperture with its super shallow depth-of-field.

And sport and wildlife photographers do want it, especially now it can be teamed up with the new Fujifilm X-T3 with its beefed up autofocus performance. The 200mm can be pushed even further with a new XF 1.4x TC f2 WR teleconverter, which supports the main lens's maximum aperture of f2.0 and extends its focal length by 1.4 times, producing a 280mm (equivalent to 427mm in the 35mm film format).

Fujifilm claims the lens offers sharpness even when the aperture is wide open, using advanced optical design technology and manufacturing technology that makes it possible to process lens surfaces at micron-level precision. The lens barrel is made of magnesium alloy to create a lightweight yet robust body. The lens is also dust and weather resistant and capable of operating in environments as cold as -10°C, making it highly reliable for all types of environments. The telecoverter is specifically designed to control aberrations while supporting the lens's maximum aperture.

Tests made by Better Photography, with the lens hand-held, were very impressive – and you'd expect them to be good with a RRP around $8999.

There is now a total of 34 lenses for the Fujifilm X-Series cameras, including the new XF 8-16mm f2.8 R LM WR ultra wide-angle, as well as a proposed XF 33mm f1.0 R WR. Lots happening in the development rooms at Fujifilm!