Pushing The Limits with Russell Ord 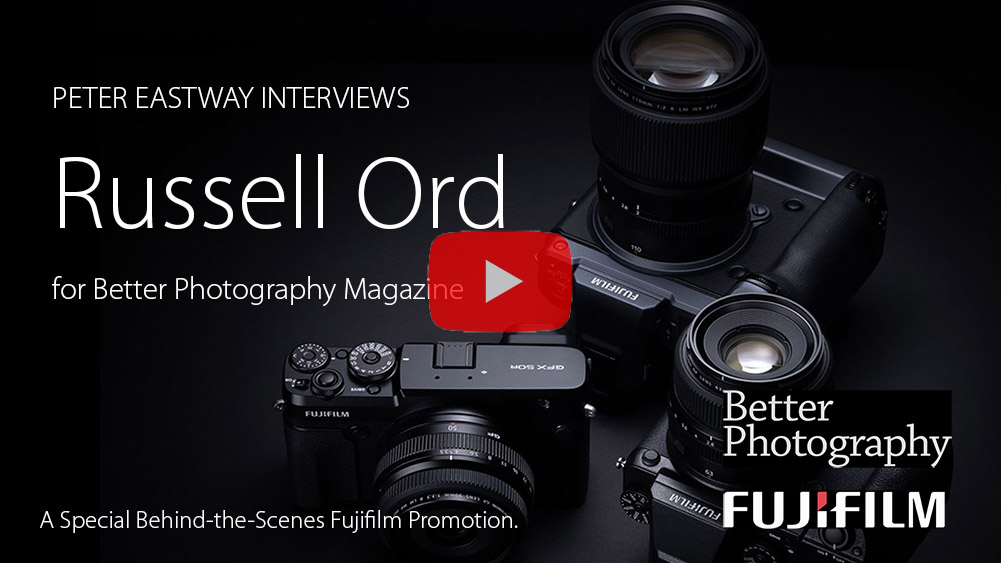 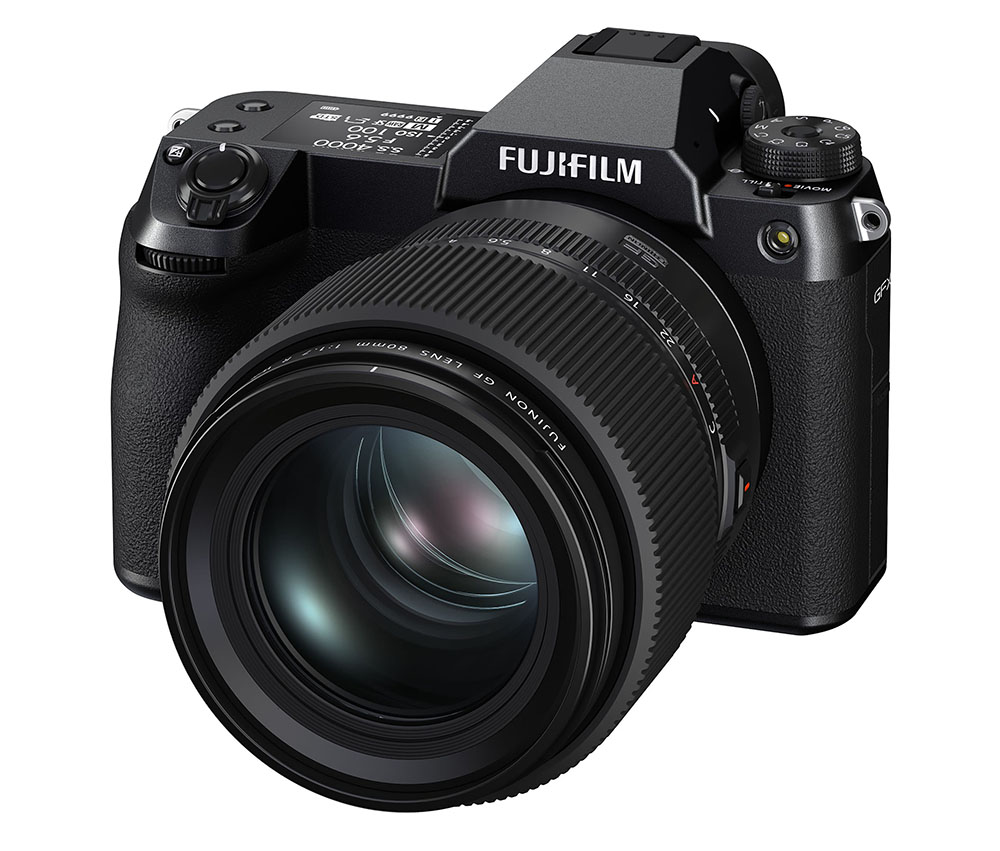 Since preparing this interview, Fujifilm has introduced the new GFX100S which provides the same amazing image quality as the GFX100, but in a much, much smaller body size. Keep this in mind as you listen to Russell because there's no doubt he's now using the new Fujifilm GFX100S.

The 102-megapixel Fujifilm GFX100 re-writes what is possible with a large format digital sensor. Most cameras of this genre are not designed with sport, action and lifestyle in mind, they’re more for sitting on a tripod or working in a studio.

Its design and capabilities mean photographers like Russell Ord can redefine the type of photography they shoot – with the ultimate in image quality for every shot. 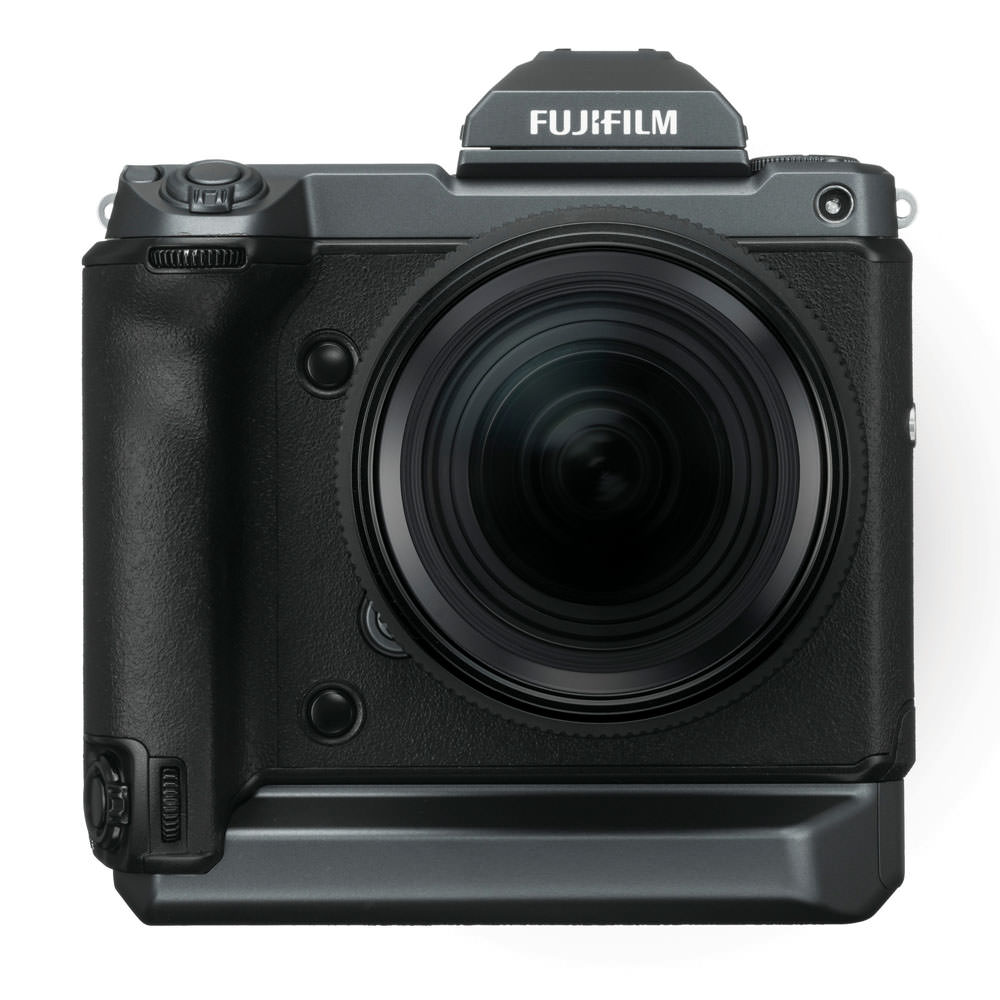 And speaking to Russell, he seems to be pretty pleased with his GFX100! “It’s a beast of a camera and I am addicted to the file quality. The images have an incredible look and feel, especially the colour. Fujifilm puts a lot of effort into their colours.”

In addition to the general quality of the colour palette, Fujifilm includes some 18 film simulations that give you a head start when it comes to processing your photos for specific looks.

Adds Russell, “I play with the Velvia film simulation a lot because it reminds me of the film days and it looks really good with water, surfing and outdoor work.”

When Russell says the GFX100 is a beast, it’s said with love and affection. It’s no larger than a normal professional DSLR which he worked with in the past, but it’s completely different to other medium format cameras he’s ever used.

And with features like brilliant automatic exposure and super fast autofocus, there are no limits to the type of work he can shoot, including surfing action from the water with a custom water housing (made by Dave Kelly), or from the back of a jetski.

“The only thing you have to do is press the shutter button at the right time. Of course, the GFX100 is not like a sports camera where you’re getting 10 shots a second, but the autofocus is excellent. In fact, I’ve not missed a shot.” 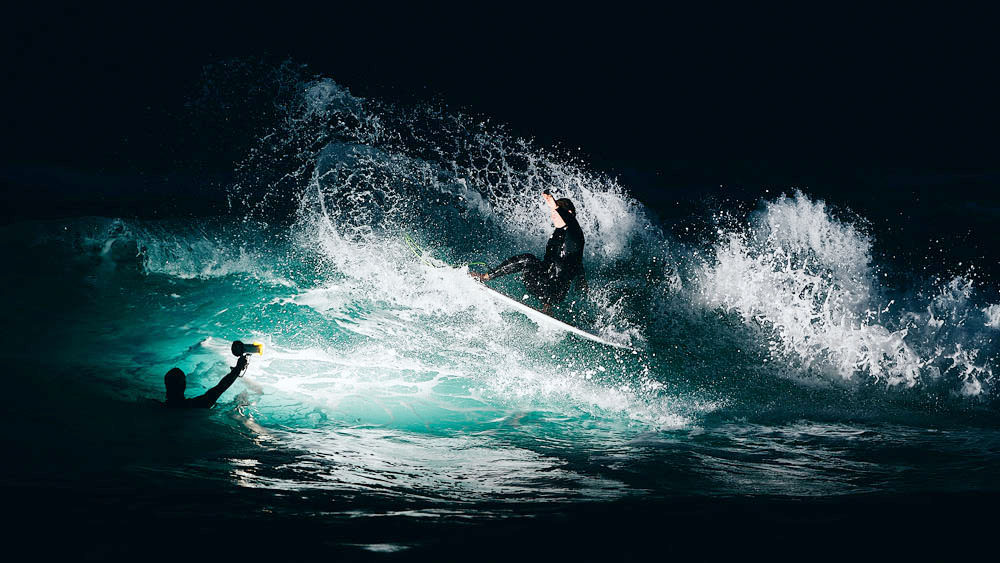 “Sure, I’ve missed moments because I’ve not pressed the shutter at the right time, but as far as missing a shot because the camera didn’t focus quickly enough, that hasn’t been the case.

“The AF mightn’t be the equivalent of Fujifilm’s X-T4, but it’s certainly not far off.”

Russell really pushes the Fujifilm GFX100 to its limits, shooting in the ocean before sunrise in low light – an incredible capability for a large format camera.

He’s had a custom water housing made which is designed to shoot flash as well, with space on the top for a wireless transmitter.
“So, it’s a big housing, but it’s very manageable. I’ve been swimming out the back of Margaret River’s break super early in the morning and getting some beautiful stuff.

“It’s the best feeling – the whole package, just being there, swimming around in the dark, waiting for the sun to come up. All your senses are heightened, that’s for sure!

“At Marg’s I’ve been swept out by the currents into the bay when it’s dark and so I try not to think of some things that could be lurking below. I even put the housing down around my legs to help protect me”, he laughs.

Russell has two lens ports for the housing, allowing him to use an ultra wide-angle (the Fujinon GF23mm f4 R LM WR) and a slight telephoto (the GF110mm f2 R LM WR). But any lens that fits inside the ports will work.

“Here in Western Australia, we have all the heavy waves and a great ocean to shoot in. And you can always find moments on your own that can be difficult to find in other places.” 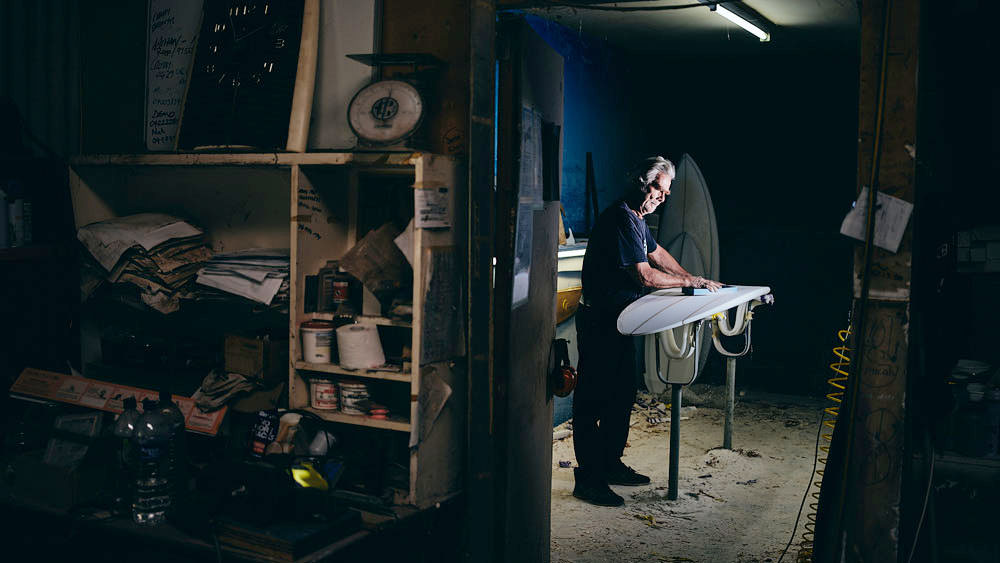 Like most of us, Russell had to deal with periods of isolation in 2020 due to the pandemic. “Everyone is in the same boat and we all have our stories. I had a few good jobs lined up for winter and they disappeared, but rather than just sitting around, I thought I needed to work on a local project.”

Russell is putting together a project about the people who surf at Margaret River. “I have Mick Scott writing up the stories and my photos will provide the illustrations. It will be a reflection of our community. All types of people surf, from doctors to builders, but we’re not looking to do a history book, rather a collection of stories.”

It’s a very relaxed process, as is the community. “Mick will write a story and ask if I have a shot of such-and-such, so I will need to get out and shoot it. But I’m not just taking surf photos, I’m shooting people in their workplaces and enjoying their lifestyle. 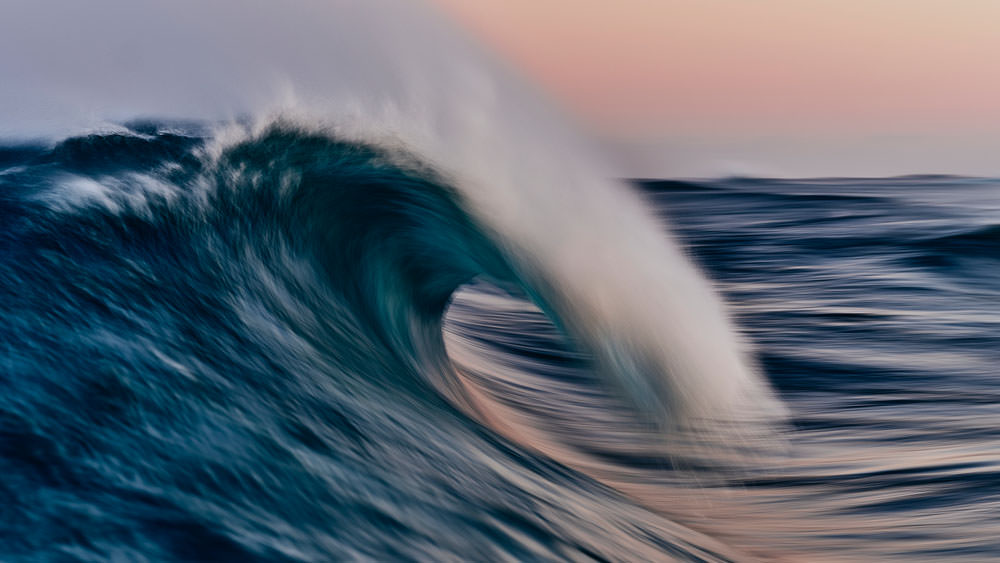 “The project is great for two reasons. First, it keeps me in involved with the community, but there’s no schedule and I can do it in my own time.

“For instance, after those early morning shoots before dawn at Margaret River, I’m often getting out of the water before the my friends arrive! They wonder what I’ve been doing, but I’m finished, I have my shots and I also have time for a surf. That’s what has made this project so much fun.

“And second, it keeps me active and as a consequence, all my photography has been reinvigorated, especially with the new camera. The quality is amazing and then seeing the images printed up big – it’s even better!”

Talking about his love of printing, Russell remembers a few billboards he’s photographed recently using the GFX100. “The feedback from the printing company and the client was that they couldn’t believe how good the photographs looked! Normally we see billboards from miles away, but I stopped one day to look at my photograph up close. It was a road safety campaign with an elderly subject, so she had a few wrinkles – and wow, up close, you could see every bit of detail.” 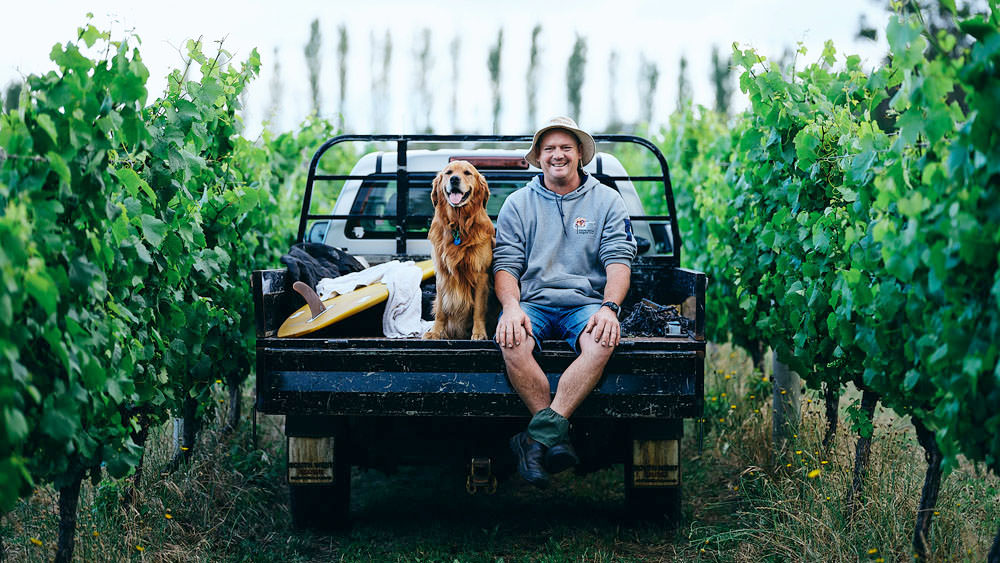 “It really is amazing what the GFX100 produces and you’ll see it immediately on your computer screen, not just in prints.”
Some photographers suggest they’d only need a medium format camera for those special shots, but how do you know which shots are going to be special until after they’ve been taken?
With the GFX100, you don’t have to wonder because now you can shoot everything with the one, amazing large format camera.