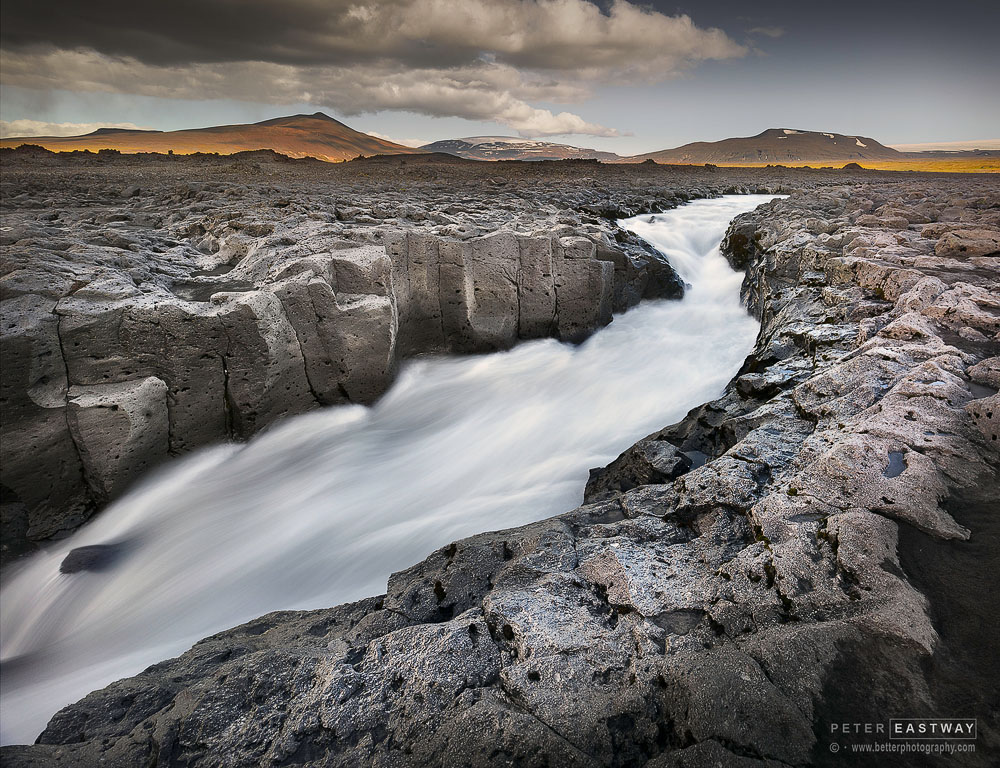 On Tuesday night, David Oliver and I gave an Evening Atelier presentation in Sydney to nearly 80 photographers - many of whom have attended past Ateliers. The idea behind the Atelier is a cheap ($9.95) evening so we can talk about photography and share ideas and influences. And of course, David and I are hoping to interest a few people in our overseas workshops as well.

Before David talked about Bhutan, I began proceedings with a trip down memory lane on Iceland (I have a workshop there this October/November). I grabbed photos from my three visits to this most remarkable island and created a short audio visual, and then talked about what it's like to photograph there.

The image above is probably unlike other photos you've seen from Iceland. Instead of towering peaks, cascading waterfalls, dynamic volcanoes or aerial abstracts, I found myself photographing a river that seemingly cut its way through volcanic rock. It was like a man-made causeway - maybe it is!

When travelling, we're all hooked by the hero locations. That's often the reason we visit, because of the great photos we've seen taken by other photographers. Yet the photos that resonate the most with me upon my return are of lesser known subjects, or popular subjects from a different angle. Rather than copying an existing image and looking for the tripod marks left by other photographers, I think it's much more enjoyable to search for my own voice. I have no idea why I liked the look of this river, but it resonated with me and it has become one of my favourite photos.

And I think that's the conclusion we all came to at the Atelier. Since we have no control over the opinions of others, the only people we can make truly happy with our photography are ourselves. Work out what interests you and then use your photography skills to present it in a manner that makes you happy.

If you're happy, then you've been successful.

And don't forget, entries into the 2019 Better Photography Photo of the Year Awards close on 15 August 2019, so there's still time to enter - and who knows, you could be part of the $17,000 prize pool too! For more details, visit www.betterphotographyphotocomp.com now!