The Road to Stykkishólmur 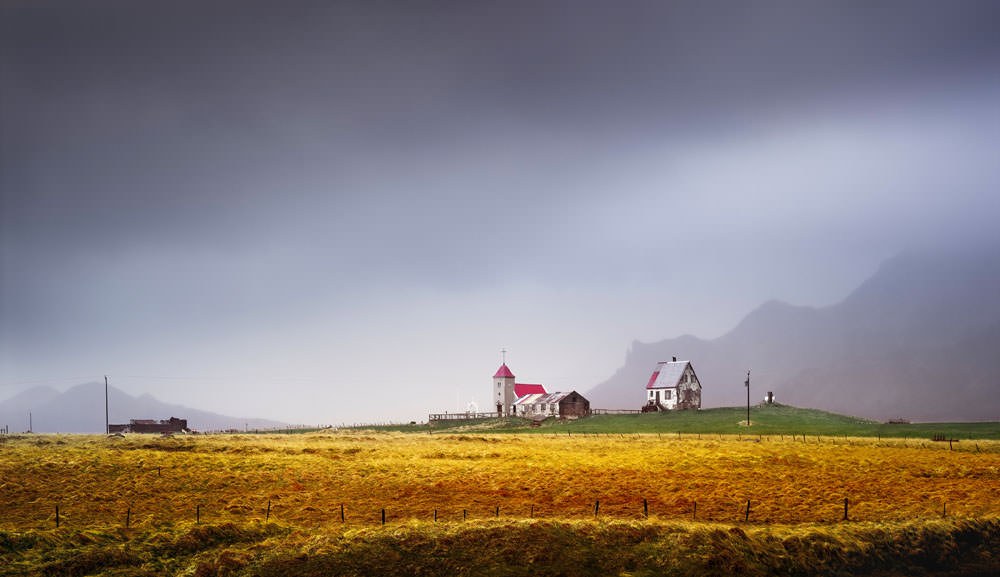 I had to plead with the driver and the guide to let me stop for this photograph. Well, let’s face it, when you look at the starting point (see the small image at the end of the article), it was a drab afternoon. It was also my second day in Iceland, so I had no idea whether there was just one or two quaint churches sitting forlornly on remote hills, or hundreds.

As it turns out, there are hundreds and many of them are incredibly photogenic. I think I could spend months travelling around Iceland and never get sick of the landscape and its structures. So, confession time…

As mentioned on the previous page, I was on a PODAS with Kevin Raber, Steve Gosling and our Icelandic guide Daniel Bergmann. Daniel was looking at me quizzically when I asked if he could pull over. Kevin was looking at his watch and wondering when we’d get to the hotel for dinner. I was looking at this scene and thinking how amazing it was with the misty rain, the warm grasses and the hint of the hills in the background. Australian eyes discover Icelandic beauty.

That’s what makes photography such an individual pursuit. I was putting my Australian eyes over a foreign landscape and loving it. Daniel had driven along this road thousands of times before and no longer saw it.

I am the same in Australia. People come to my place in Sydney, marvelling at the coastline and how great it looks, but for me, it’s just home.

However, one thing that Kevin and Daniel are is fair. They could see I was serious, so they pulled over and I jumped out. A couple of the other photographers followed, but I think the general consensus was that I was a bit mad. So, in the interests of regaining a small amount of my reputation, I’m presenting the finished work, what I saw out of the van window.

Some photographers think that processing a file is just turning the numbers into tones and colours, and that one raw processor is much the same as another. This is a bit like thinking one photographer is much the same as another. There are a myriad of ways to process a raw file and Adobe and Capture One approach things quite differently. It’s worth comparing files directly and seeing which approach you prefer. 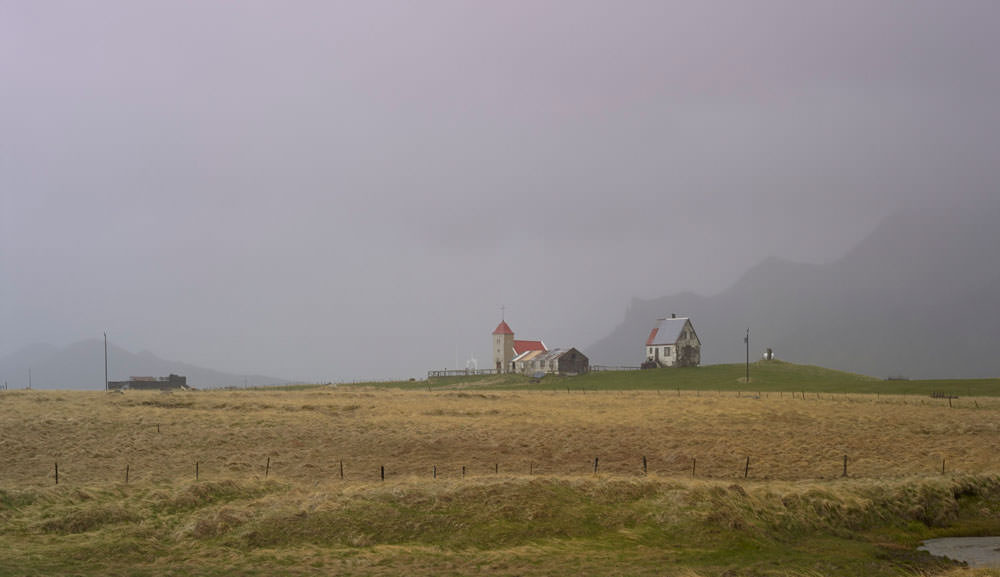