Harran Sheik from The New Tradition 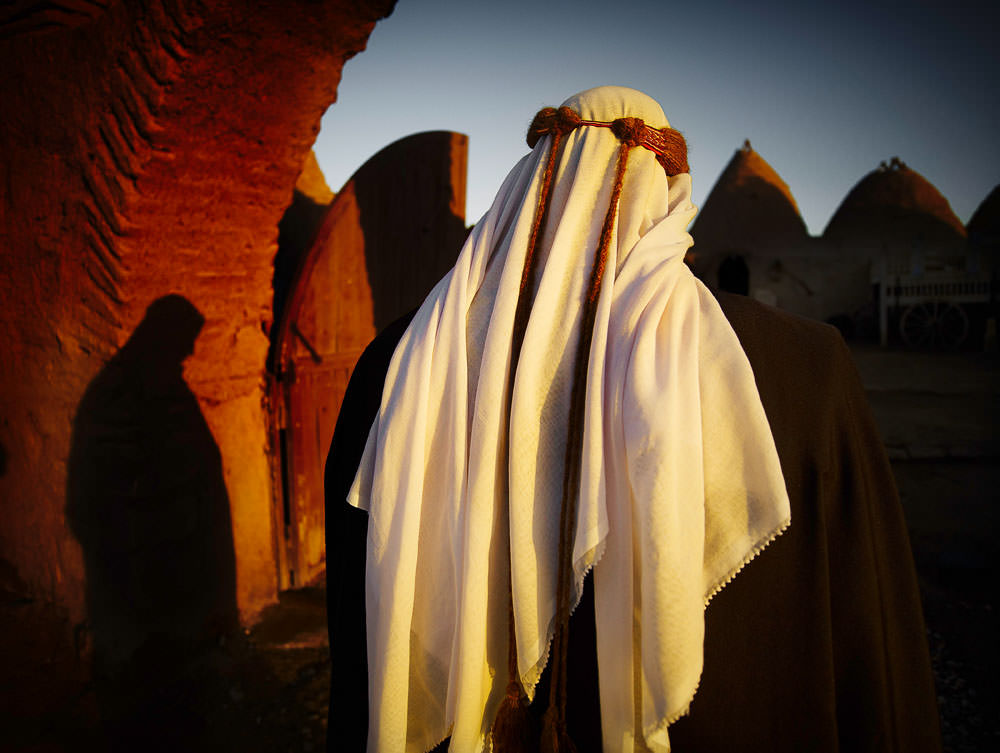 Is this a portrait?

The photograph placed in the 2009 Head On Portrait Award, so someone must have thought so, even though we cannot see the subject’s face. But why does a portrait have to show a face?

There are some aspects of photography that won’t change in The New Tradition. Whether film or digital, whether landscape or portraiture, we’re all investigating new avenues and searching for what are personally new directions.

This photograph does quite a few things that a standard portrait does not. For instance, it is taken with an ultra wide-angle lens. Typically, portraits are photographed with a mid telephoto (like an 85mm or 105mm equivalent), the argument being they subtly flatten a person’s face in a flattering way. However, a telephoto lens doesn’t include much of the surroundings and in this image, the environment is fundamental to the portrait.

Photographed in Harran, south eastern Turkey, the tiny town has been inhabited for over 2000 years and is even mentioned in the Bible. The ‘sheik’ with his back to the camera, is the owner of the residence, a ‘tourist trap’, showing off the beehive structures that characterise Harran’s architecture. Using a wide-angle lens, I was able to incorporate the architecture into the portrait.

Important for me was the sheik’s headdress and the shadow he cast on the doorway. The early morning sunrise created strong, directional light and as the sheik walked back into his dwelling, I followed with my camera. I shot half a dozen photographs very quickly, picking the one with the best compositional balance, to my eye at least.

In post-production, I wanted the texture and detail of the headdress to stand out and to make a statement. Using contrast and sharpening techniques, I hope you can almost feel the fabric in the original clothing. And while the surrounding colours are strong, they are ‘tertiary’ with lots of greys in the mix, creating a desaturated palette. During post-production, care was taken to ensure the shadow on the wall retained some prominence.