Iceland From The Air 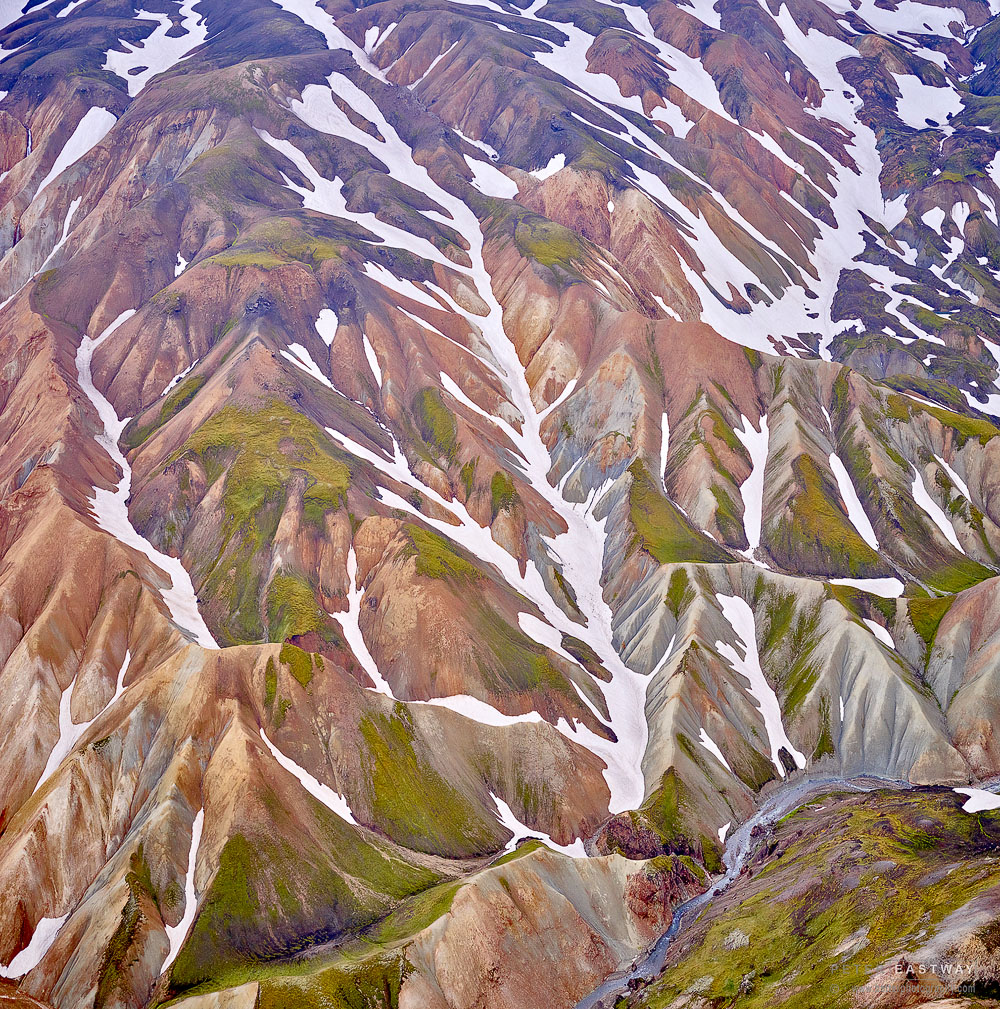 When you're in the air, do you shoot straight down, straight across, or at an angle? And does it matter whether you're in a plane or a helicopter? Or can we try a drone?

The short answer is that different angles do different things. Often, a straight-down angle (which to do properly requires the aircraft to tilt over) creates more of an abstract pattern, especially if you pick some interesting geometric shapes. And this is the trick - looking ahead and working out what things will look like as you fly over them. In a helicopter, it's much easier to stop and shoot, while in a plane it can take quite some time to loop back around for a second pass. On the other hand, planes are half the price to hire of a helicopter - sometimes less.

Shooting straight across from a plane can be interesting - it's just like climbing up a mountain and shooting from there, with the difference being you can get an aircraft into positions where there are no mountains. A similar approach can be taken with angled shots, but in both cases, the inclusion of the horizon is likely to turn the photograph into a 'scenic view', rather than an 'artistic impression'.

Of course, if you put a telephoto on, or fly in a little closer, you can still remove the horizon - as with this photograph taken in Iceland. By excluding the horizon, the viewer is left to concentrate on the shapes and lines. The photo can be viewed as reality, or as a semi-abstraction.

And drones? I've just purchased a little Mavic Pro 2 and it's a lot of fun, but it has a wide-angle lens and I'm struggling at present to find angles that don't look the same as lots of other drone photos. However, I haven't given up, especially when the cost of a drone is less than two hours in a helicopter!

There's probably still just time to book a trip to Iceland with Peter Eastway and Better Moments. There's also the option of shooting with a Phase One camera and, if the weather permits, shooting aerials as well! For more details, visit our website or click here.