Do Winners Have To Be B&W? 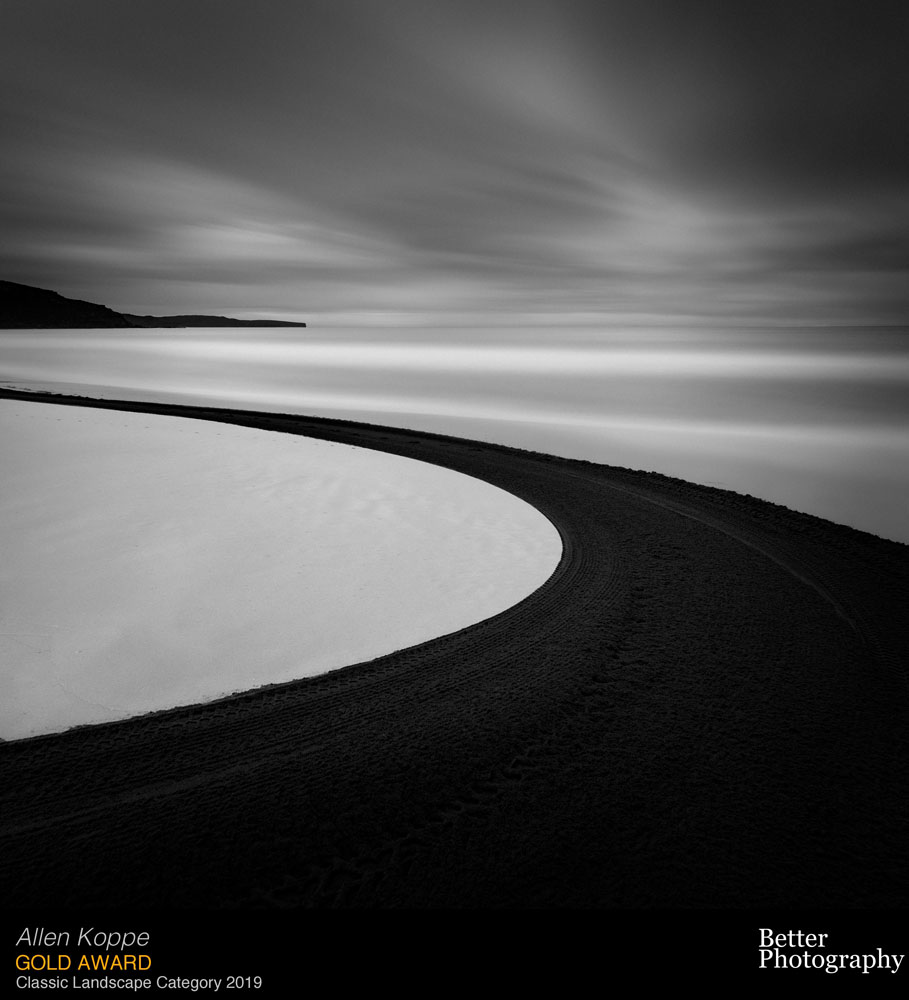 Last year, five of the six category winners were shot in black and white! Does this mean the judges have a preference for monochrome (even though the overall winner was in colour)?

It's an interesting observation and one that I've heard many other competition organisers and entrants discuss. Certainly we talk about colour having the potential to be a distraction in a composition, but that doesn't mean by changing a colour photo to B&W automatically produces a competition winner. My view is that it was just happenstance we had so many B&W winners - but what great winners they were!

Allen Koppe used a Fujifilm GFX 50S with a 23mm lens and a 10-stop Breakthrough Photography ND filter to capture his remarkable landscape.

"The selected image capture was not a planned process. I live in Newport on Sydney’s northern beaches and had been stuck at home for a few days. Suffering cabin fever, I decided to shoot off to Palm Beach one afternoon. The clouds were starting to break after some solid bad weather and I thought I’d take advantage of a great sky and see what I could find.

"I was watching the beach and noticed one of the council's tractors was grading the sand. The driver would make a big sweeping manoeuvre to turn around and head back the other way, leaving these beautiful markings in the sand.

"There were only a few people about, which helped, so I was able to find a section of graded sand with a nice curve and no footprints running through it. I grabbed several exposures before the inevitable jogger, walker and holiday maker left their marks in the sand."

Allen says he is an amateur photographic enthusiast who, since his teenage years has had a passion for photography, particularly black and white.

"From an early age, I used a 35mm Pentax K 1000 camera and would print my own pictures in a homemade darkroom in a shed at the back of my parent's house. I think today I am even more keen on black and white photography than I was back then and seldom shoot in colour.

"Still photography offers me a creative outlet from my professional career as a cinematographer, where I work as part of a team. The process is quite different and I enjoy the creative freedom and independence that still photography allows me."

Allen processed the image in Lightroom and finished it off in Photoshop, giving the image a little more contrast.